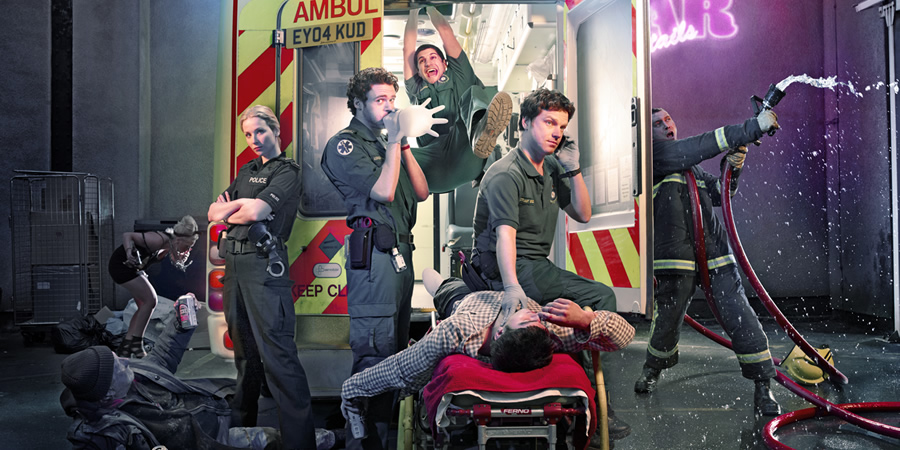 Sirens, inspired by a book called Blood, Sweat and Tea written by Tom Reynolds, is a Channel 4 comedy drama set in Leeds. It explores love, friendship and family from the jaded perspective of a team of paramedics: the people who mop up the mess that we apes leave behind.

To the outside world Stuart, Ashley and Rachid look like angels of mercy; to their colleagues, they're a trio of pedantic know-alls; and to the career alcoholics and late night revelers on the swarming streets of Leeds, they're nothing more than glorified taxi drivers with one drop-off point - Accident & Emergency.

Swept along by an endless tide of bodily fluids rarely their own, the trio bicker, fight and shag their way through the darkly funny maelstrom of their lives. Behind the uniforms, the sirens, and the incredibly fast driving, they are just three ordinary blokes trying to make it through yet another shift. But once they've finished saving other people's lives, will they be able to salvage their own?