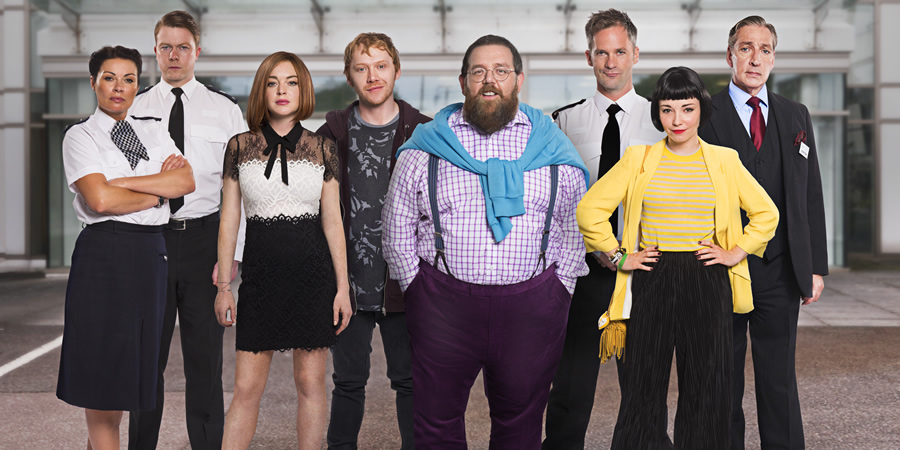 Comedy about a lie spiralling wildly out of control

Comedy about how desperate a person's actions can become when a lie starts to spiral out of control.

Sick Note is the story of Daniel Glass, a compulsive liar, who's stuck in a failing relationship and a dead end job, where he is under the thumb of his irrepressible boss Kenny West. And just when things couldn't get any worse, he's diagnosed with oesophageal cancer. However, everyone starts to treat him better because of his diagnosis and suddenly Daniel finds he has a new lust for life.

But then Daniel finds out he was misdiagnosed by the most incompetent oncologist on Earth, Dr Iain Glennis and that's when Daniel has a big decision to make: come clean and go back to his old rubbish life, or keep this new information a secret and pretend to be ill.

He decides to go for the latter but very quickly the lie spirals out of control and both Daniel and Dr Glennis have to spend all of their waking lives trying to prevent the truth from getting out.