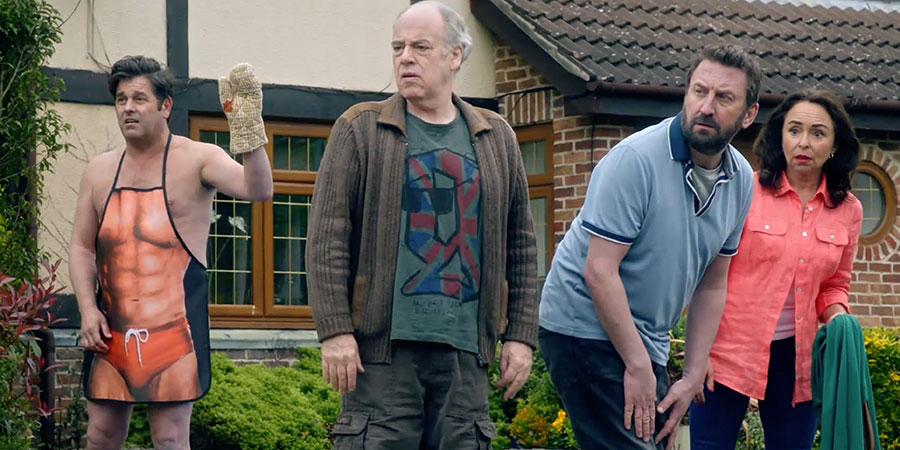 Real-time sitcom following the hapless Stuart as he struggles through the worst half hour of his life, including a girlfriend in labour, a promiscuous dad and a naked neighbour with a lost appendage.

Real-time sitcom following the hapless Stuart as he struggles through the worst half an hour of his life.

When his new girlfriend April goes into labour, Stuart quickly finds himself having to rely on his ex-wife Kate to get her to hospital. As Stuart thinks he's getting a handle on the situation, he is forced to deal with a sexually promiscuous father, a daughter with a newly-shaved head and the surprise return of his errant brother, who is on the run from some very unsavoury types.

And that's before Stuart has to enlist the help of one tipsy neighbour to help with another neighbour, who he finds naked and the victim of a DIY circular saw accident.