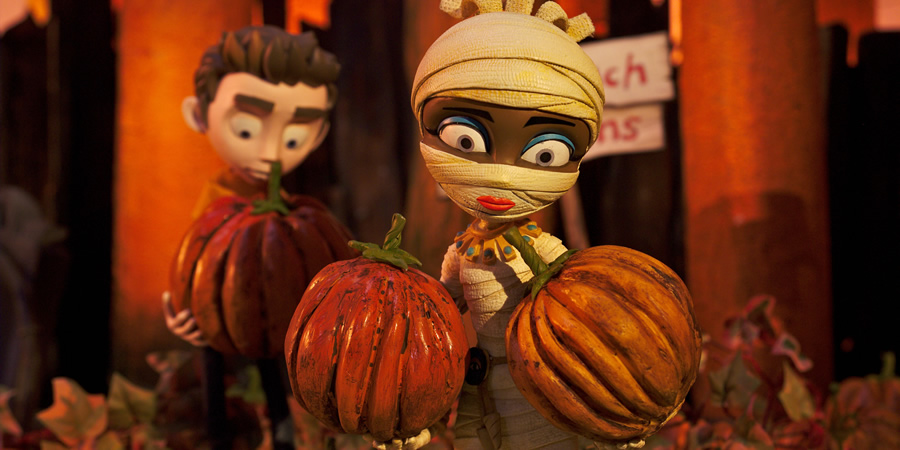 Luke finds out that Scream Street doesn't celebrate Halloween, and decides to introduce his friends to it. Unfortunately what start as innocent Halloween decorations end up as an army of man-eating pumpkins!

Luke is missing 'Halloween' and decides to introduce Cleo, Resus and the whole town to this normal-world tradition. Luke and his friends find a deserted pumpkin patch in the forest, and Luke tries a bit of pumpkin carving.

Unfortunately this is Scream Street, and the pumpkins come from a cursed patch, which can only mean one thing - they turn into monsters who want to eat everything in sight. One pumpkin takes over Doug's body, and leads an army ready to eat the whole town!

Luke, Cleo and Resus need to save the day - and what's the best way to get rid of lots of pumpkins? A goblin fart gas explosion of course! Can they lure the evil pumpkins into their trap and return Scream Street to normality? Well, a warped Scream Street version of normality anyway.