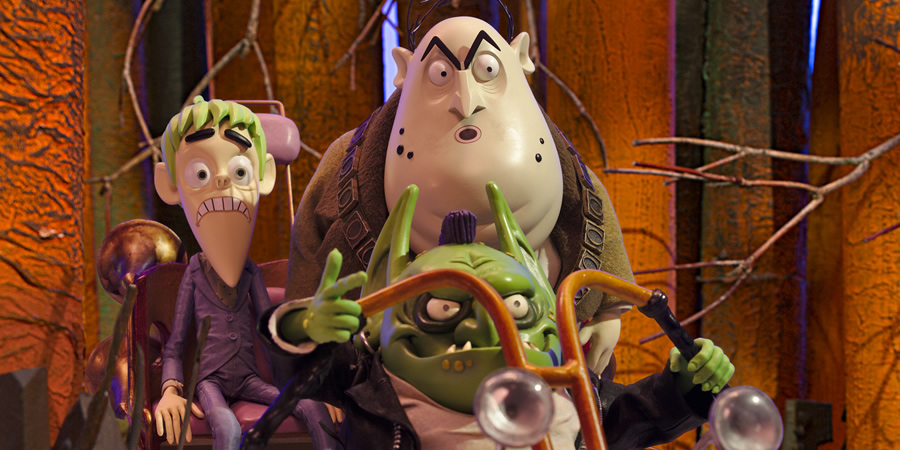 Luke, Cleo and Resus have to clear away some rubbish from their homes. They discover what seems to be a bottomless pit.

Mr Watson is trying to encourage Luke to tidy up after himself, but ends up doing it himself and accidentally hoovers up Doug's pet worm Wilfred. The poltergeist bin men go on strike, and rubbish in Scream Street builds up rapidly.

On their parents' orders, Luke, Cleo and Resus have to clear away some rubbish from their homes. They discover what seems to be a bottomless pit, and Luke, being Luke, chucks his rubbish down there. Otto spots a money-making opportunity and dumps toxic waste down the pit.

Meanwhile Doug is searching for his missing pet worm. When the gang go back to the pit they notice it is full with toxic waste barrels and they hear a strange munching sound coming from its depths. Turns out there's a Tremors-style monster on the loose and it looks a lot like Doug's Pet worm Wilfred!