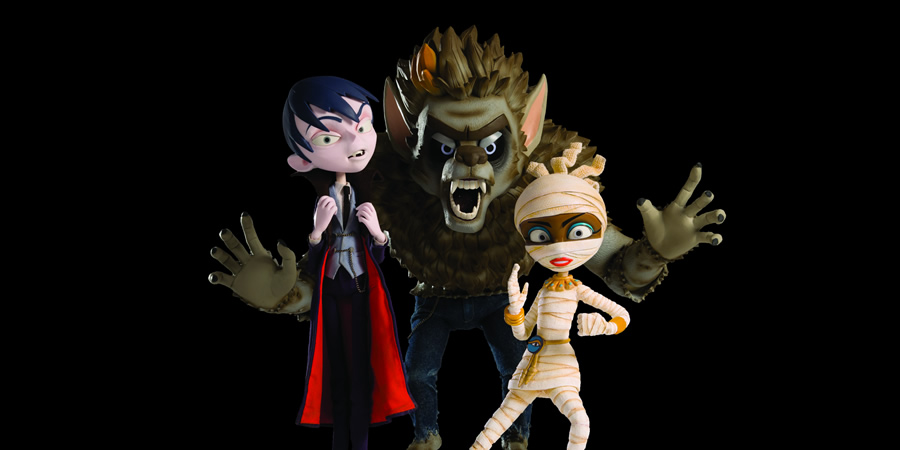 Stop motion animated comedy series based on the hit comic-horror novels of the same name. It follows a teenage werewolf, vampire and mummy

Series focusing on the adventures of Luke Watson, who is a regular teenager... apart from the fact he sometimes turns into a werewolf.

When the Government Housing of Unusual Lifeforms (G.H.O.U.L.) department gets wind of Luke's hairy habit, they transfer him and his parents to Scream Street - where surfer-dude zombies, sarcastic vampires, martial arts mummies, glamorous witches and just plain-bad monsters put a whole new spin on community spirit.

Luke quickly makes friends with a young vampire called Resus Negative, and Cleo Farr, an Egyptian mummy. His parents, however, are terrified of their new neighbours, and Luke sets out to find a way to take them out of Scream Street and back home.

The show is based on Tommy Donbavand's popular children's book series of the same name.