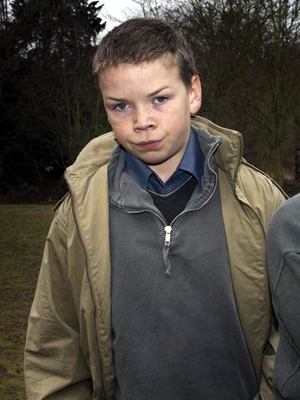 At the age of 16, Will Poulter has already played the lead in an award-winning film, Son of Rambow, and is currently filming the latest blockbuster in the Narnia series. He's also one of the stars of School of Comedy. Here, Poulter talks about where the idea of the series originated, what it was like to film, and why a little laughter isn't always a good thing...

How did you end up forming an after school comedy club?

It was through our drama teacher, Laura, really, it was all her idea. She's just amazing, we all have her to thank for it. It was really good fun right from the start. I was good friends with a couple of people in the group already, and everyone was really welcoming, it was great. It all started from there.

You went from an after school comedy club performing to parents and friends, to taking the show to the Edinburgh Festival. What was that experience like?

Oh, that was just incredible, amazing. I was emailing the others recently, because I'm currently in Australia filming, to wish them luck for the show's transmission, and we were just saying how weird it was that we went from an after school club to doing shows in theatres above pubs and restaurants, to Edinburgh, and now a series on E4. You just have to pinch yourself. Going to Edinburgh was such an incredible experience. It's such a famous festival, and we were a bunch of kids. We were so honoured to be in that position. You're given a chance to perform in front of a paying audience, and have fun with all your mates for four weeks in Scotland. It's such an opportunity, and we'll all never forget it. We did it for two festivals, and it was just so much fun. I think we'd go back there tomorrow to do another four weeks if we could.

How did you feel when you first found out it was going to be made into a TV show?

It was unbelievable. It was so weird, thinking that our after school club was going to end up on TV. It was so brilliant, something little like that, that we just did for fun, and people liked it enough and had enough confidence in it to put it on TV. Especially with comedy, and audiences response is so important, and to find out there were people out there who wanted to see it on TV every week was such an amazing thing, and we're so grateful for that. 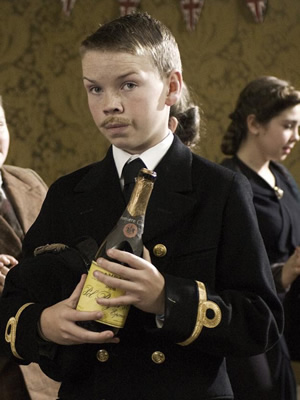 What are your parent's attitudes to your acting career?

They've been so supportive. My whole family's been brilliant, my sisters and brother, my parents, my grandparents, they've all just been really great. What was nice about School of Comedy was that we started out as a completely unprofessional unit, so our mums were doing the costumes and our dads were driving us to rehearsals, so it was a real family environment. So it's nice for them that they were part of it all right from the beginning. Now they can take a back seat and just watch the end product. They've always been a huge part of it, and supported me all the way. I know how lucky I am to have that constant support.

You had to do school work while you were filming. How did that work?

It was quite tough, really, as me and Jack were doing our GCSEs, and Beth and Max and people were doing their AS and A levels, so there was quite a lot going on. It was hard trying to give 100 per cent on set and 100 per cent on schoolwork. But it could have been a lot worse - on our break times we were going off to shoot a comedy series.

Which are your favourite characters that you play in the series?

The writers have been amazing on this series, I've been given some great characters to play. There's one called Mr Mills, he's really good fun to play, he's a complete idiot. And the South African security guards, with Beth, that's really good fun. And the Van Men with Max as well. Those are me three favourites. And also a character called therapy Mike, that was fun, because it was all of us together doing it.

There seemed to be a few problems with corpsing on set. Were you involved with that?

I'm ashamed to say I was. I was probably the worst for that. I felt so bad, because I held everything up. You feel so guilty, wasting everybody's time, and you really want to get through it and keep going, but it's so hard, because everyone's so funny. Max is the funniest person, and trying to do a scene with him is impossible. I'm laughing just thinking about it. The worst was the Van Men sketch. He had to lean across me and make these ridiculous noises, and I've got to try and keep a straight face, and I do a really bad job of it. I think it's pretty obvious that I'm trying to stitch my lips together. I would have done anything to stop laughing then, any kind of forfeit. But Max is too funny, so I couldn't. (Video)

What are you doing in Australia? 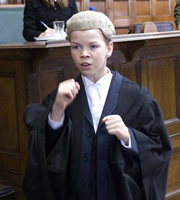 I'm filming a new film out here, which is really good fun. But at the moment I wish I was back in England, because they're all my best mates, and School of Comedy is coming out. This is what we've all been waiting for, and I kind of feel a bit isolated from it.

You've already achieved a level of success that many actors never manage in their career. Is acting what you want to do for your profession?

In a dream world I'd absolutely love to, that would be fantastic. But it's such a difficult thing to do, and the chances of becoming an actor are so, so slim. I've been really lucky so far, but I'm really inexperienced, I've got so much to learn. I've just had really, really great times on the things I've been lucky enough to do. In a dream world, I'd love to be an actor, but it's such an unlikely thing to happen. At the moment I'm just enjoying the things I'm doing. But the person I really have to thank for everything is the person who created School of Comedy, and that's Laura. She got me the audition for Son of Rambow [which Will went on to star in]. I remember being in my English lesson, and her coming up to the window of the classroom holding a piece of paper that said "Audition, 3pm" on it. She was knocking on the window, smiling and jumping up and down. I was trying to look like I was paying attention to the teacher, but I was so excited. I'm so grateful to her, I've had these experiences that have really changed my life, and it's all because of her.