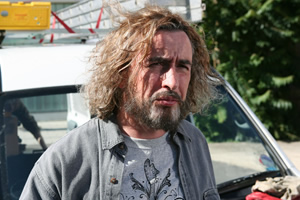 ommy Saxondale is a world-travelled ex-roadie with anger management issues. Tommy is on a one-man mission to smash "the system" and confront "the man" and bring him to his knees.

Tommy has a pest control business in Stevenage and lives with with his girlfriend Magz.

Tommy regards himself as a maverick and a free-thinker and takes every opportunity to impart his wisdom to his young assistant Raymond. Tommy knows his own mind and isn't afraid to speak it. Unfortunately, those around him don't give him quite the level of respect he feels he deserves and so Tommy frequently finds himself sitting in an anger management course.

Tommy is clearly quite intelligent - he manages to string together long and sophisticated sentences together to make his point however he often comes un-stuck when faced with Vicky's cutting sense of humour.

Tommy is devoted to his Ford Mustang Mach 1, although drives the much less macho Renault Kangoo for his work; a fact that he refuses to let affect his fierce sense of dignity. 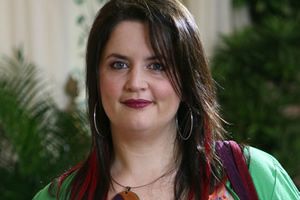 She acts as a calming influence on Tommy, however she has her own rebellious streak - she sells "shocking" t-shirts and posters, often depicting cultural icons smoking drugs, from her shop called Smash The System. 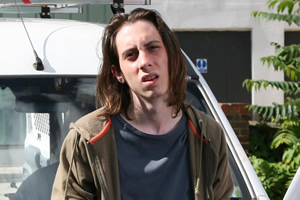 He is also Tommy's lodger and so has to listen to Tommy and Magz's 'sparky' relationship whilst lying in bed in the spare room.

Tommy secretly quite enjoys training Raymond in the art of pest control and being able to pass on his 'wise' life lessons to the younger generation. 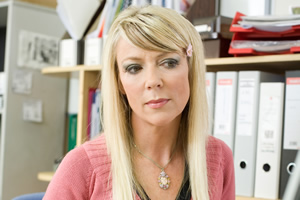 Vicky is the receptionist who hands out the jobs for Tommy's Stealth Pest Control operation. She takes 'banter' to the next level by knowing exactly how to provoke instant frustration from Tommy.

Vicky often makes Raymond laugh with her jokes about Tommy, something he has to hide when standing next to his boss. 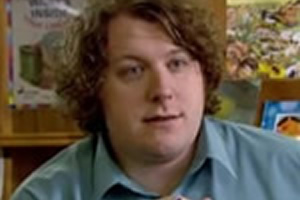 Alistair is the therapist at the anger management group Tommy attends.

Tommy normally ends up running the group his way (the 'right' way) as Alistair is a little too meek and doesn't stand up to Tommy when challenged.

Alistair seems to be hiding his own anger management problems. 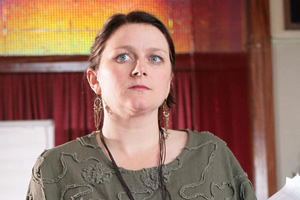 Penny is a friend of Magz. She often comes around Tommy and Magz house, despite the fact she clearly dislikes Tommy. This is probably not surprising considering Tommy is never very nice to Penny.

Penny is a bit of a hippy. When squatters moved into the area she was keen to strongly protest on their behalf. She wasn't however so keen to appear as Tommy's character witness in court. 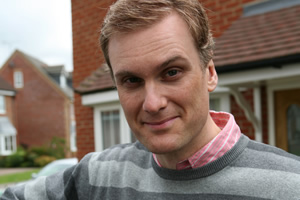 Jonathan is Tommy's small-minded prejudiced suburbanite next door neighbour. Together with his wife Beverly he campaigns to keep the local neighbourhood clean, tidy and quiet. His approach when complaining to Tommy is to come over to generally chat and then, as he is walking away, suddenly remember 'the minor problem'. To soften the blow and stop Tommy getting angry, Jonathan pretends that he is just 'the messenger' when it is clear that actually he is the one thinking up the petty neighbourhood rules.

Jonathan pretends to be into rock music and cars in an attempt to bond with Tommy. The trouble is Jonathan faking an interest in Tommy's hobbies has left Tommy with an easy way to dodge his complaints - Jonathan clearly knows nothing about rock music and cars and so is quickly befuddled when Tommy deliberately starts setting traps, for example asking 'what was that Pink Floyd album called again?'. 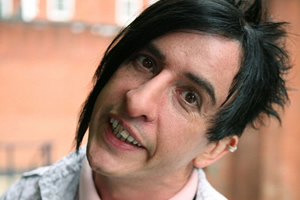 Keanu is a camp, drug-addled, unemployed, homosexual squatter. Tommy first bumped into Keanu when assessing the squat he was staying in; they later met again on the train station when attempting to bypass the ticket barrier.

Keanu, who changed his name by deed poll to be the same as the Hollywood actor Keanu Reeves, is extremely flamboyant and also, probably due to the large quantities of drugs he takes, clearly not entirely all there in the brain department.

Keanu, has on a number of occasions, displayed a liking for Raymond, Tommy's assistant, of which both Tommy and Raymond are uncomfortably aware. In court, Keanu revealed his promiscuous nature by nearly admitting to the fact he has earnt some money as a rent boy. 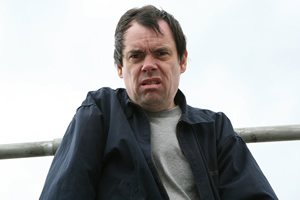 Tommy stopped gloomy Martin jumping off a roof and committing suicide. Martin was soon to be found spending most of his days around Tommy's house after Tommy offered to be a '24/7 helpline' for the manic depressive. Unsurprisingly it was an offer Tommy regretted as Martin has a way of bringing gloom and awkward silence to any situation.

When Vicky took Martin for a night out though his attitude completely changed - he had a great time in the karaoke club.