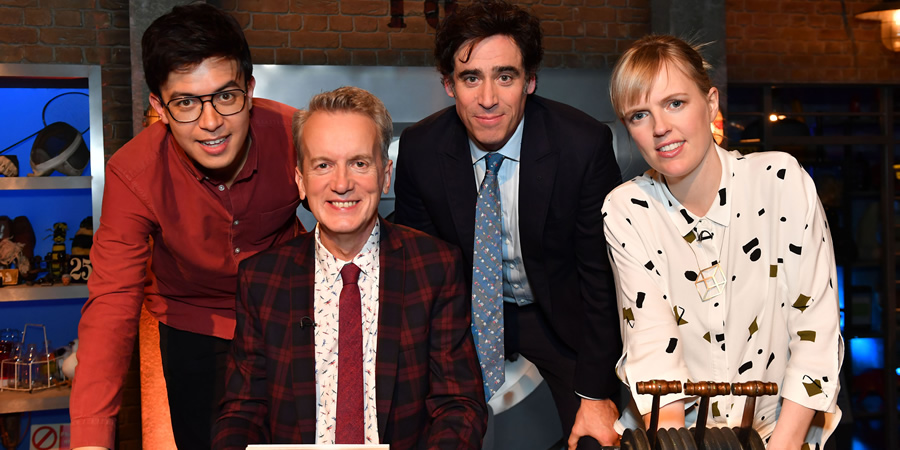 Frank Skinner hosts the comedy panel show. Stephen Mangan, Phil Wang and Holly Walsh compete to have their pet hates and peeves consigned to Room 101 including The Archers, having baths and making friends with your aerobics instructor.

- Holly Walsh: Making friends with your aerobics instructor - Into Room 101.

- Holly: Changing your surname after you get married.

This episode was pulled from its original scheduled slot of 8:30pm on Friday 2nd March at short notice (the schedule was changed to allow for an extended episode of The One Show covering the snowy weather).