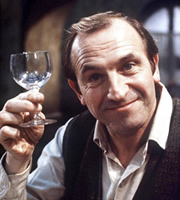 A deeply flawed and complex man, Rigsby projects himself at once as both superior and inferior to those around him.

His insecurities tend to lead Rigsby toward bigotry, and an obsession with status sees him at once look down on the student, and look up to the 'African Prince', Philip.

Possessing what can at best be described as a mild obsession for tenant Ruth Jones, he seems to spend a great deal of his day misguidedly attempting to impress and woo her in one way or another.

When not chasing Miss Jones or terrorising his other tenants, Rigsby can be found with his old, fluffy cat, Vienna. 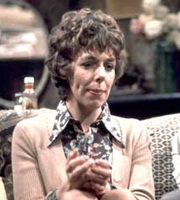 Highly strung and with a deeply passionate side, Miss Jones longs for love and romance - preferably with Philip.

Sadly for Miss Jones, almost the only male attention she receives is from Rigsby. She is not completely averse to his charms, such as they are, but in all truth holds very little interest in him even as a man, let alone a lover.

She is the most outwardly sophisticated of Rigsby and his tennants, but still holds delusions of greater intelligence, grandeur and lifestyle than is actually the case. 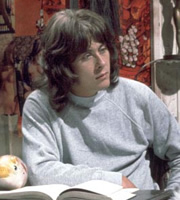 Medical student Alan is a source of constant frustration and confusion to his landlord.

Alan represents all of the 1970s that Rigsby does not understand, and certainly does not experience: the liberated ideals of 'free love', music, changing fashions, and much else besides.

In truth, however, Alan is only mildly more relaxed than Rupert Rigsby is, and certainly not much more 'hip'. But in the late 1970s, it's attitude that counts... 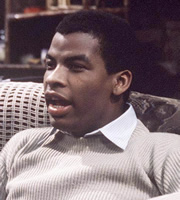 Suave, sophisticated, relaxed and learned - Philip is everything that Rupert Rigsby is not.

Claiming to be an African Prince, he immediately sets himself both above and below his landlord; however, in reality he is nothing of the sort, having been born in Croydon, rather than the son of an African tribal chieftan.

It's safe to say that Philip is by quite some way the most intelligent and educated resident of the house, and is not above playing on the insecurities and lower intelligence of others - mainly Rigsby - for his own amusement.