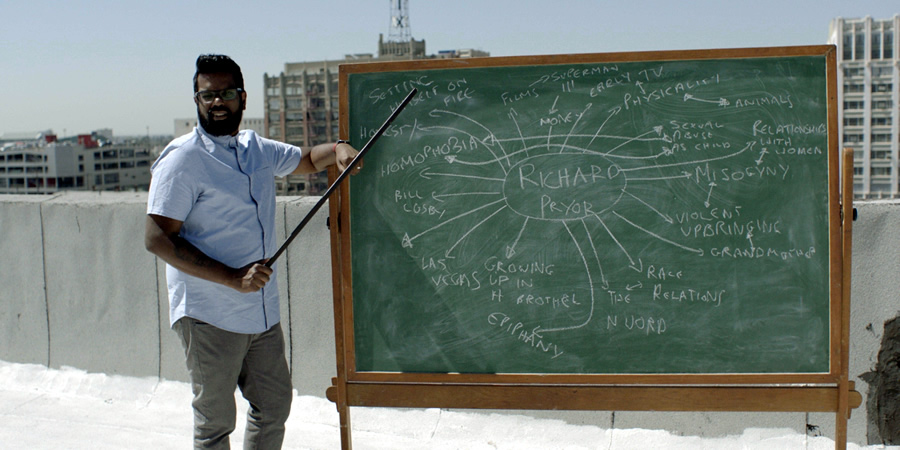 Romesh Ranganathan shares his passion for Richard Pryor, the ground-breaking American comic who was one of the top entertainers of the 70s and 80s. Romesh, who has a tattoo of Pryor on his right forearm, travels to Los Angeles to speak to those who knew Pryor both privately and on the comedy scene.

On his journey he compares his comfortable existence in leafy Sussex to the troubled life of Pryor and shares his love for the uncompromising honesty, on-stage freedom and fierce topicality that, in his eyes, makes Pryor the greatest stand-up of all time.