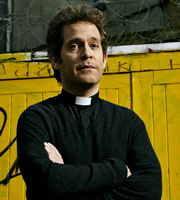 The Rev Adam Smallbone is a Church of England vicar, promoted from a sleepy rural parish to the busy, inner-city world of St Saviour's, in East London. It's a world he has little experience of - and it shows.

Every day throws up a moral conflict for Adam. His door must always be open - to urban sophisticates with ulterior motives, the chronically lonely, the lost, the homeless, the poor and the insane. All are welcome at St Saviour's and Adam can't turn any of them away - even if they're clearly lying, mad or just very annoying. 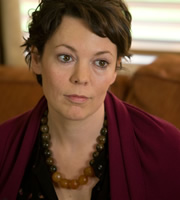 It's an impossibly difficult job being a good, modern, city vicar - and it's equally hard being married to one. People can, and do, ring the vicarage doorbell whenever they feel like it - and there are no weekends off.

But Alex is no archetypal vicar's wife. Where her husband walks with the outcasts and marginalised of the world, she represents them in court. She's a spirited legal aid solicitor who's seen it all, but retained a strong sense of humour.

Alex is able to say the things Adam thinks but has to suppress - whether it's indignation at middle-class parents trying to exploit the church to get their kids into a good school, or simply swearing a lot.

She's fiercely protective and ever-supportive of Adam, even if she does read the Sunday papers during his sermons. 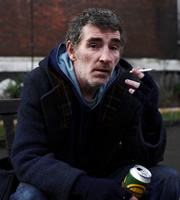 Heavy-drinking, unemployed and unemployable lost soul Colin is Adam's most loyal parishioner. Despite his late nights and hard living, Colin never fails to attend morning prayers and his ample spare time means he's always around to share a cigarette with Adam.

He's open-minded to other interpretations of religion, whether experimenting with Rastafari ("embrace the One Love, Adam, or I'll deck you"), or taking the promise of eternal love too literally and groping a member of a visiting Evangelical congregation.

Colin is unfailingly accompanied by his beloved dog, Bongo. Much to the annoyance of many homeless shelters! 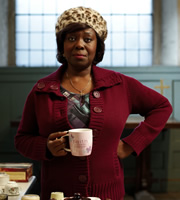 Overbearing, maternal and yet unnervingly sensual, Adoha is what's known as a cassock chaser. She's the church matriarch with strong traditional views on what's appropriate in church and how it should be run.

Every bit as loyal as Colin, Adoha will do anything for Adam - and that's what scares him. 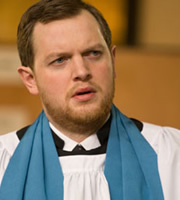 As Lay Reader, probable-closeted-homosexual Nigel is a potential source of support for the vicar at St Saviour's. Unfortunately for Adam, however, his right-hand man is actually a pedantic careerist who thinks he should be running the place.

With an infuriatingly extensive knowledge of obscure theology and church history, Nigel is effortlessly irritating and fiercely competitive - and never misses an opportunity to undermine Adam. 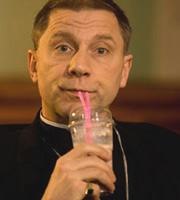 The smooth, urbane and eloquent gay Archdeacon is officially Adam's moral tutor - however, his fearsome managerial style is more terrifying than nurturing.

He's the Bishop's eyes and ears in the parish and has a knack for appearing at the most inopportune moments - whether it's a Sunday service visit on the day Adam has his smallest congregation since arriving in London, or catching Adam unawares in the pub. 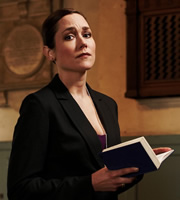 As the ambitious, and very attractive, headteacher of St Saviour's primary school, Ellie spends more time with Adam than she would like. Formidable and dynamic, she runs rings around Adam, who not-so-secretly fancies her.

If anyone were to tempt him to break one of the 10 commandments it would be Ellie. However, the warmest emotion his clumsy attempts at flirtation tend to elicit from her is pity - she'd much rather talk to his wife, as the pair share a similar cynicism and dry wit. 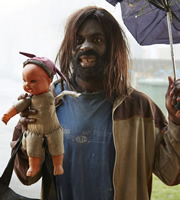 Mick is the local crackhead who pesters Adam and Alex for money. He is often in need of £20 to visit his "dying mother" in Southend - she somehow 'died' three times in 12 months.