Series II, Episode 3 - Thanks For The Memory

Having drunkenly revealed that he only ever slept with one woman, once, Lister decides to transfer to Rimmer's memory a full 8 months of his own - the 8 amazing months of Lise Yates. 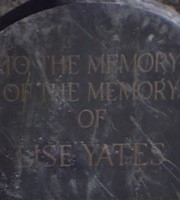 After becoming insanely drunk at his deathday party, Rimmer confesses to Lister that he was only ever with one woman in his entire life.

Feeling sorry for Rimmer, Lister transfers eight months of his own memory into Rimmer's brain, making him believe he was with a girl called Lise Yates for the duration.

When Rimmer finds out it was all lies, they bury the memory of Lise on an empty planet and erase their own memories. Of course, doing this, they lose four days and can't quite remember how the Red Dwarf puzzle got finished or who broke Lister and the Cat's legs!