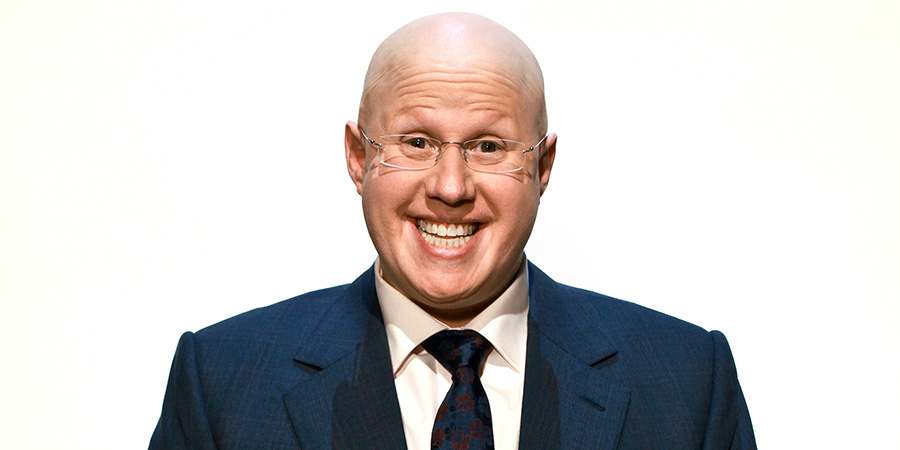 Matt Lucas celebrates the ability of men, women, children, celebrities and possibly even some pets to amuse themselves during some self-enforced downtime in his TV show. He explains more here...

What can you tell us about Reasons To Be Cheerful?

It's a lovely mix of familiar faces and members of the public, showing us how they're keeping busy and happy in lockdown.

What's it been like working with Harry Hill? We imagine you'd have too much fun together to knuckle down to work?

He's one of the greatest comedians alive. He's always been an inspiration. Also, it's nice not being the only bald person.

What's it been like filming a TV show in your own home?

I prefer it. I can sleep in and get up literally seconds before I need to start work!

Congratulations on the phenomenal success of Thank You Baked Potato! Did you ever think it would get such a reaction?

It's taken me by as much surprise as everyone else. Who knew a twenty-year-old song with a few lyrical changes would be driving everyone as mad as it's doing today?

Your duets have become the stuff of legend. Who's on your wish list?

What are your top three reasons to be cheerful today?

My family are well; I've got some Monster Munch in the cupboard; and there's no football so, for today at least, Arsenal can't let in a goal in the last minute and give away two points.

Are you good at amusing yourself? Any tips?

I talk to myself all the time, doing silly voices. It's a tonic, I tell you.

Who would your dream lockdown companions be? People to entertain/occupy/calm you?

Just a man's shiny torso on its own to stroke and admire would be fine. Wouldn't need the head or legs or anything. But if it has to be a whole person - or people - I would say it would be nice to have The Wombles with me. For a start they'd do all the tidying up. Result. And they sing well too, if I remember.

That family arguing and singing One Day More from Les Miserables.

What's the first thing you're going to do when lockdown comes to an end?

Have a long overdue night in in front of the telly.

What's been your lockdown snack of choice? Apart from baked potatoes of course.

I've got rather into cashews. Unsalted.

Have you been missing the football? Have you indulged in any classic Arsenal matches?

I did watch some highlights of when Spurs last won the league. It wasn't on YouTube though. I don't think they had moving pictures back then. It was in a flip-it book.

Why should people tune into Reasons To Be Cheerful?

Because its either that or look at social media, in which case you're only going to come across that flipping baked potato song, so you may as well watch our show instead.

Is there anything else you want to add?

I'm not very good at maths.