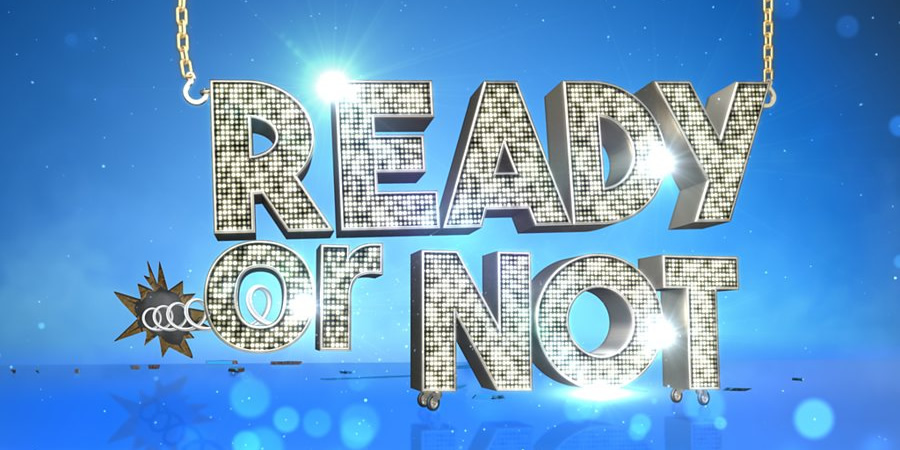 Comedy entertainment show in which comedians quiz the public

From the supermarket to the seaside, Blackpool Tower to Birmingham City Centre, wherever you are, whatever you're doing, our crack team of quiz show hosts won't be far away, ready to surprise you with their crazy games.

This new comedy gameshow, which features voiceover by Paddy McGuinness, will be on TV screens on Saturday tea time and brings a "hilarious twist to the traditional gameshow."

Paddy McGuinness says: "This is like no other show I've worked on before. It's fun, it's mad and its definitely going to get people at home wishing they were part of it."

The Ready Or Not hosts will surprise unsuspecting members of the public - absolutely anywhere. Whether that means popping up through the middle of a table in a crowded restaurant to quiz unsuspecting diners, challenging a rider at the top of London's Orbit slide to give a list of answers before they hit the bottom; turning a shopping centre lift into a glamorous mini game show set; or making visitors to an art gallery complete ridiculous challenges through their audio headset. There's even Crumpet, the talking dog, ready to strike up a conversation with startled shoppers before hitting them with a series of tricky questions.