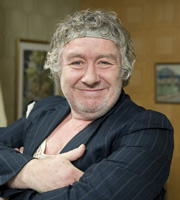 Rab is a cantankerous loud mouthed drunk who rages at anything that moves.

He is self-styled "street philosopher" and lives in a state of serial un-employment.

Rab spends a lot of time in the local nick. When he's not locked up, he spends most of his time making life miserable for his poor family. 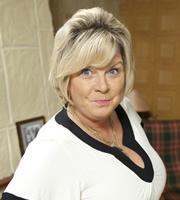 Mary is Rab's long suffering wife. She often lives in a world of her own, dreaming of a better life where Rab cannot lay his hands on her family allowance books and a world in which the man of her life doesn't break wind and then force her head under the duvet to smell it.

Mary, remarkably, puts up with Rab's rants and does a great job of looking after her kids Gash and Burney. 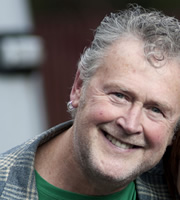 Jamesie Cotter is Rab's best friend, he spends a lot of his time getting drunk with Rab at the Two Ways pub after escaping from yet another row with his evil wife Ella. 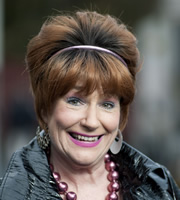 Ella is Jamesie's acid tongued wife who does nothing but moan and scowl at him just to pass the time.

Ella seems to loathe her husband and frequently considers murdering him - she has indeed actually stabbed him in the past! 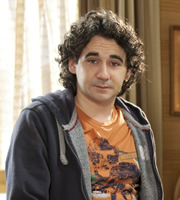 He spends most of his time vandalising council property and often gets involved in alcohol, drugs and other illegal activities.

Burney was Rab and Mary's youngest son who was terminally deranged. For example, he said things like "look I twiddle my dinger, I need understanding."

Burney fought quite often with his brother Gash and had to put up with his downtrodden mother and his alcohol tank of a dad.

Burney died, off screen, in a 'ramming' accident.

Andra is a regular in the Two Ways Inn. He is married to Bobbie, who he is so repulsed by that he is often almost sick when just thinking about her.

Andra is one of Rab's best friends, and has been described more than once as "looking like a Ninja Turtle".