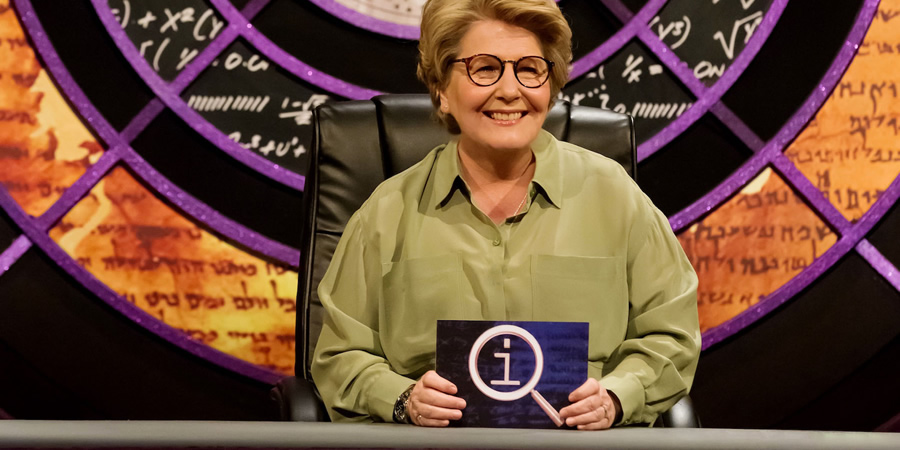 What can we expect from the new series of QI?

Well, what's fantastic about it is that it's the letter Q so it's the Q of QI, which is a marvellous thing. So we had extraordinary topics, we had quests and queens and quarrels and qualifications and quiet.

We had a wonderful museum curator who looks after the skeleton of a long extinct zebra from South Africa called a quagga. It's the only known skeleton and it would be complete, but they lent the leg to somebody years ago and now can't find it. So we put a call out to see if we can find it.

We had an actual king of arms in the studio, we had Marvin the paranoid android, we had the British champion of stacking and unstacking plastic cups. So there's the usual range of astonishing and interesting things.

There's a whole host of fantastic panellists featuring in this series. Who are just some of those that have been particularly fun to have on the show?

A lot of the panellists are becoming stronger and stronger, and to me this series has actually been a high point for us in terms of the regulars. There have also been some great new people on - Prue Leith, Loyiso Gola, Lou Sanders and Alan Carr to name a few.

Were there any memorable moments or highlights from filming that you can share?

Well there is a rather complex theory called entanglement where you have a particle in one place and it instantly affects a paired particle however far away. Now this was always a theoretical possibility, but Chinese scientists seem to have actually done it. And we explained this, which is rather complicated, using a banana, a biro and a chopping board. Very QI.

What is your favourite word beginning with Q?

It's probably Quinzhee. It's a bit like an igloo except you build it by holing out a pile of snow rather than building blocks of snow on top of each other. I'd quite like to live in a Quinzhee.

This is your fourth year at the helm of QI. Is there a particular fact that you've learnt during this time that you'd say is the most shocking or surprising?

I genuinely don't think there is, that's what I love about the series. The fact that of all the years I've done it, every time I think "That's the one, I love that" then I find something else. I find the world so fascinating and I would never say that's my favourite fact because there's always going to be something where I go "I didn't know that, that's fantastic".

Are there any guests you'd love to have on the show that you haven't yet?

Well obviously the Queen of Sheba would be a great booking, especially if you get King Solomon on the same show.

I don't know; I like anybody who's got a good bit of chat. So far we've had lots of fabulous people on.