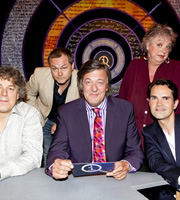 - There is no perfect man. All species of animal have an ideal called a "holotype", but there is no such holotype for humans. It could be argued it should be Carl Linnaeus, a Swede who invented modern taxonomy. Then an American palaeontologist called Edward Drinker Cope volunteered for to be the holotype, but upon examining his skeleton it was discovered he had syphilis and thus it ruled him out. Other suggestions have included Arnold Schwarzenegger, Bob Hope and Raquel Welch.

- Tangent: The drawing by Leonardo da Vinci of the man with four arms and four legs stretched out is called Vitruvian Man. In one of the diagrams it shows the man spread out and exactly fitting a circle, and in the other he is fitting a square. When fitting into a circle, the exact centre is placed at the navel. When in a square, the centre is the genitals. The picture is named after the Roman architect Vitruvius who calculated human proportions to buildings. He calculated that height is equal to the span of your arms. There are millions of depictions of Vitruvian Man because it is printed on the Italian 1 Euro coin.

- Tangent: When he was an apprentice Leonardo da Vinci was once asked to paint an angel on a fresco that was also being painted by someone else. When the other painter saw how brilliantly Leonardo had painted, he broke his brushes and never painted again. Leonardo is referred to by his first name as his surname is the name of the town he was from, Vinci. Other painters referred to by the first name include Michelangelo (Buonarroti) and Raphael (Urbino). We also tend to refer to modern day chefs by their first names such as Delia (Smith), Nigella (Lawson) and Jamie (Oliver).

- It would be very difficult to recognise a Neanderthal if you spotted one on the bus. If you dressed them up in modern day clothes, they would look very similar to modern humans. While we think of them as stupid, Neanderthals had religious rites, buried their dead and made ornaments. At one point we were one species but then Neanderthals and Homo sapiens broke away. Neanderthals lived in Europe four times longer than modern humans. Nobody knows why they went extinct. It is possible we out fought them or outsmarted them. Neanderthals were stronger than modern humans, and 1-4% of modern human DNA is Neanderthal so there is evidence to show we crossbred. Some people think Homo sapiens kept Neanderthals as sex slaves although it is possible it was the other way around. The word "Neanderthal" comes from the name of valley near Düsseldorf, Germany, where they were first discovered.

- XL Tangent: Alan once played a dog in a radio comedy called About a Dog.

- XL Tangent: There is a fallacy that things that happen to you during your lifetime pass on to your children. For example, because people text a lot the next generation will have flat thumbs - this is not true.

- XL: You might take a fossil into a night club to check it is real under the ultraviolet light. Some fake fossils are filled with plastic to make them look older than they really are, but you can tell how old a fossil is under UV light.

- XL Tangent: Peter Stringfellow refuses to allow fat women to enter his nightclubs for fear that they might break the antique chairs.

- The part of the human body which is evolving the quickest is the nose, which has changed the most over the past 10,000 years. We are not sure why.

- Tangent: Hippos spin their tails to spread their faeces over a wider area to mark territory.

- XL Tangent: When he was about 12, Alan pooed into the sea. He was far out and thought that the tide would wash it away, but instead it floated and followed him back to shore.

- XL Tangent: Evolution is not linear. Mutations can speed up the process.

- XL Tangent: A reason why our sense of smell is not as powerful is because of domesticating dogs. With dogs we did not need such a strong sense. Smell however is the most powerful sense memory.

- XL: The panel are asked what we may look like in the future. They are shown "cortical homunculae" of themselves, which is a drawing depicting which bits of the body are given the most brain power. The largest bits include the hands, ears, mouth, nose, eyes and genitalia. Cortical homunculus was the idea of Canadian neurosurgeon Dr. Wilder Penfield who found he could map the body like this after operating on epileptics. The human brain is the most complex thing in the universe, containing 100 billion neurons.

- XL Tangent: Epileptic fits occur when electrical impulses in the brain cause an overload. ECT was invented by an Italian doctor who noticed that a tramp he was experimenting on was more cheerful when he had an epileptic fit. Jo's mother went to a fate when someone spelt "etc." wrongly so a sign read: "This way to the stalls and ECT".

- XL: The panel are shown a picture of furless, wrinkled rodent and are asked if they would want to huddle up to one of them. The animal is a naked mole rat (which is not related to either the mole or the rat) and it huddles together for warmth. It is three inches long and lives underground. They live in a similar way to an ant colony containing around 300 such creatures, with a queen which is only one that can give birth, a harem of three males, and all the rest are diggers and workers. The reason for their nakedness may be because they live in stuffy burrows in Africa so the fur would make them too hot. Naked mole rats have had their genes sequenced and they have resistance to certain forms of cancer and they do not have Substance P with transmits pain. It is possible that naked mole rats could help develop pain killers that do no use opiates.

- "Hero syndrome" is when you do something terrible that you try to resolve in order to seem that you are a hero. For example, people will set fire to buildings and then enter them to rescue people. Common sufferers include fire fighters. In South Carolina between 1993-94 there were 47 seperate hero syndrome cases.

- Tangent: In Brazil, Wallace Souza, the presenter of a Crimewatch type programme thought the programme was not exciting enough, so he commissioned 5 murders. He went on the run then handed himself in.

- Tangent: A Japanese customs officer was training a sniffer dog. He decided to hide a large amount of cannabis on a random passenger in the hope the dog would sniff it out and the officer would be declared a hero. The dog just let the passenger walk through.

- XL Tangent: There was a German cannibal who advertised on the internet for someone who would be happy to be eaten by him. Someone applied and he did indeed get eaten. Before this there was another applicant who changed their mind at the last minute, so they watched Ocean's Twelve together.

- The point of teenagers is that they think differently from adult humans. For example, experiments show they have difficulty figuring out certain human expressions. Some argue that teenagers have the correct way of thinking and that adults just think more rationally.

- The fastest human runner of all time is T8. It is a fossilised footprint in Australia which shows someone capable of running at 23mph (and he was accelerating) while barefoot and in mud, so it seems like that if he wore proper footwear and had a running track he could run at 28mph, and it is possibly he was not the fastest in his tribe. Usain Bolt can run at 27mph with spiked running shoes. (Forfeit: Usain Bolt)

- XL: Saunas do not get rid of toxins. In fact, if you have a hangover it is a bad idea to enter a sauna because it dehydrates you even more. You could also lose a salt which is bad for you as well. The dehydration also causes you to lose weight. Boxers and jockeys use saunas for this reason.

- The panel are played the sound of a mosquito and are asked what disease it could give you. The answer is that it could give you yellow fever or Dengue fever. You never get malaria from a mosquito that buzzes. Mosquitoes normally bite the ankle. Over half the people who have ever lived have been killed by mosquitoes. However, if you wiped them out it would also be a bad thing because they are very good at pollinating. (Forfeit: Malaria)

- Tangent: Bill Gates and Warren Buffet have a foundation which is trying to cure malaria.

How would you spot a neanderthal if one sat next to you on the bus?