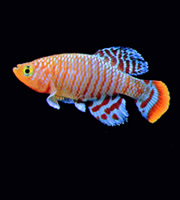 - The set is decorated with grass, flowers and two garden gnomes.

- The flower in Stephen's button hole tells the viewer that he is not available because he "has a period on". In Alexandre Dumas, fils' novel La Dem Aux Camelias, the main heroine, Marguerite Gautier, wears a white camellia for 25 days of month when she is available for sex, and a red one (the one Stephen is wearing) for five days when she is not available because she is having her period. The novel caused scandal in 19th century France when it was published and the flowers popularity grew. The novel became a play which starred Sarah Bernhardt. In 1854, Verdi saw the play and turned it into the opera La Traviata (correctly answered by the audience). It was also turned into a film called Camille. The novel is based on the story of a famous courtesan. The real life courtesan was brought by seven men who clubbed together to pay for her. They also brought her a chest with seven drawers in it so they could keep their clothes apart. Alexander Dumas, fils, was the bastard son of Alexandre Dumas, père, author of The Three Musketeers.

- Flea circuses were real and were popular between the 1920s-30s. Flea circuses died out around the early 1960s. However, the fleas were not trained but tortured by being harnessed with wires and sometimes glued to objects such as musical instruments. The under-parts would then be heated so that the attempts of fleas to escape made it look like they were playing the instruments. Michael Bentine had a mechanical flea circus, which starred in a Royal Variety Performance in the 1960s. Because of these mechanical circuses, some people thought they must have always been a joke and flea circuses never existed.

- Tangent: Alan once had fleas in his house. Rentokill wanted to charge him £600, but a man in his local paper charged just £40. The biggest killers of human fleas are vacuum cleaners.

- Tangent: A fleas back legs are very powerful. If a human had as powerful legs, they could jump over the Eiffel Tower.

- XL Tangent: If a human could jump that high, they would probably be killed when they landed because of the force of the impact.

- XL Tangent: Fleas have a barbed bifurcated penis, which is not technically a second penis. Medieval representations of Satan show him with two penises so that he can have sex in both orifices. The sex toy known as the "Rabbit" is sort of bifurcated.

- Tangent: John tells an old joke. "How do you build a flea circus? You have to start from scratch."

- Tangent: Stephen comments on the similarity in appearance between Jo and John.

- The really odd thing about the only fish in the world that lives in a tree, is that it is the only vertebrate that is a hermaphrodite and self-reproduces. Killifish live in Florida and Bolivia and there are 1,270 different species of them. Self-reproduction is not to be confused with parthenogenesis, which is reproduction without sex.

- A flamingo stands on one leg because half of it is sleeping. The other half is awake and looks for predators, and the two halves swap around.

- Flamingos are pink because they eat blue/green algae, as was previously mentioned in the "Birds" episode. Zoos give flamingos supplements to keep them pink. They can also drink boiling water from geysers. (Forfeit: Because they eat prawns)

- XL: You could play any trick on a naive rhinoceros. In zoology, the word "Naive" means an animal which is suddenly put into a terrain/ecosphere which its evolution has not prepared it for, or when a new animal arrives which can destroy the terrain/ecosphere. For example, if an island has no predators, then the animals on it would have no sense of fear and thus not be prepared if a predator suddenly comes along. That is how the dodo became extinct - because it was not scared of humans.

- XL Tangent: Alan knew a boy at his school who used to catch frogs, skin them and then let them go. The boy said you had to leave a little bit around the eyes.

- Tangent: Other than the spelling, and the fact that toads have drier lives, there is no real difference between a frog and a toad. Alan was once woken up by his pet Alsatian who led him downstairs to show him a frog that had jumped into his water bowl.

- Tangent: The reason why toads are killed in their thousands on roads each year is because they always go the same route to their breeding grounds, no matter what is in the way. So if a road has been built across the path, they will travel across it. About 20 tons of toads are killed, but special tunnels are now being built so they can go under the roads. In Buckhurst Hill, people would get frogs to jump into frying pans so they could be tossed across the road.

- Tangent: In Hamburg, 2005, there was series of toad explosions. Over 1,000 toads exploded during the mating season, blowing their entrails up to a yard away in the process. People first thought it might have been a virus or a pollution that was causing this, but it was in fact crows that had worked out how to take out the toad's livers in one swift movement. The defence mechanism of the toads caused them to explode.

- XL Tangent: Jimmy claims that it sometimes rains toads. Jo goes onto say that it once rained fish in Knighton, Wales, because of a mini-tornado which picked up some fish from a river.

- XL Tangent: As mentioned in Series A, the reason why most people believe that all frogs go "Ribbit" is because this is the noise made by the Southern Pacific tree frog, which is the frog that lives in Hollywood. It was recorded locally and put on all of the movies for 30-40 years, in all manner of locations, despite the fact that it is the only frog in the world that goes "Ribbit".

XL: Nothing really bad happens when you enter a fairy ring. Fairy rings are a ring of fungi. There is all kinds of myths and folklore surrounding them. Examples of myths include that if a woman enters a fairy ring on a May Day morning and washes her face with the dew from the grass inside, she will turn into a hag. Other myths include turning into a crone or getting stuck in a time vortex. In France, there are fairy rings that are over 700 years old.

- A frog can be used after a one night stand to test for pregnancy by injecting it with female urine and seeing if it will ovulate. Female African bullfrogs and clawed toads were used widely between the 1930s-60s and were actually the only pregnancy test up until the 1950s. The NHS used these frogs a lot, but some escaped and carried a disease called "Chytridiomycosis", which is now threatening a third of all the world's amphibians.

XL: We should feel particularly sorry for the pigmy hog-sucking louse because it is becoming extinct. This is because the pigmy hog is dying out with only 150 left in the world (mainly India), and if that becomes extinct, so will the louse, because they can only live on pigmy hogs. Some animals depend on others to survive. Because so many people care about only a few animals such as pandas, other endangered species are ignored or forgotten about by the public. The pigmy hog-sucking louse is the only louse currently listed as critically endangered.

- XL Tangent: The body louse, which only lives in human clothing, has been around for 70,000 years. Therefore, humans must have worn clothing 70,000 years ago.

- XL Tangent: John talks again about flea circuses. Only human fleas were used and they are now in danger of becoming extinct.

- XL Tangent: The panda is the symbol of the World Wildlife Fund. As a result, a huge disproportionate amount of the money it receives goes to saving pandas compared to other endangered animals.

- A ferret can be used to build an airliner by crawling through holes while carrying wires. Boeing used ferrets for this purpose right up to the 1960s. They were also used in the wedding for Prince Charles and Princess Diana and the Millennium Party in the Park. Ferrets are the third most popular pet in the USA after cats and dogs. Like puppies, they welcome you after you come back from work. They are also used for pet therapy because they are very friendly. Interacting with them reduces your stress hormones. (Forfeit: Weasily)

- Tangent: Ferrets running up Yorkshiremen's trousers now seems to exist, but it originally started as a hoax during an interview.

- You can call a slug with a shell "a slug". Some slugs have shells and some snails don't. They eat each others slime as a form of foreplay. After insects, the gastropods are the most common class of animal, with 37,000 different species. (Forfeit: A snail)

- Tangent: When Alan was a student, there were snails living in his accommodation.

XL: Peacocks do not attract peahens with their tail displays. They use other criteria instead according to a seven-year study carried out by the University of Tokyo which looked at 258 matings. The study examined tails by their size and the number of spots, but of course it could well be that peahens use other criteria in the tails.

XL: When Captain Cook shot an albatross, he ate it, according to Joseph Banks the botanist (after whom Botany Bay is named after) who was with him at the time. The myth that it was bad luck to shoot an albatross started after he shot it, and not before. The myth was most likely to have been started by The Rime of the Ancient Mariner by Samuel Taylor Coleridge.

- XL Tangent: Albatrosses get caught in fishing lines. A young albatross can fly for ten years straight before having to land and can go for six days without flapping. It cannot go on longer than 10 years because it needs to mate.

- A mushroom is a fungus. Fungi are classified as being neither an animal nor a plant, although it is commonly agreed that they are closer to animals. (Forfeit: Plant; Animal)

Stephen and Alan talk about the difference between frogs and toads.