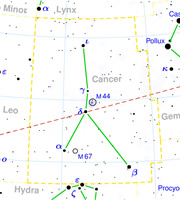 - Each panellist is given a card with some stars. They have to draw a constellation. The constellations in question are Taurus (Rich's), Aries (Sean's), Sagittarius (Jeremy's) and Cancer (Alan's).

- If you were travelling at around 60mph, it would take you about an hour to drive to outer space. It stars after you leave the atmosphere, 62 miles above.

- The smallest dog ever recorded was a Yorkshire terrier. It measured 2.5 inches high, 3.75 inches long, weighed 4 ounces and could fit into a small box.

- Flint is made from sponges.

- The only survivor of the Crimean War was Timothy the Tortoise. It was the mascot on HMS Queen during the first bombardment of Sebastopol. Officially, the war did not end until 1966, because of a problem with the peace treaty. When war was declared, Berwick-Upon-Tweed was mentioned as it was considered part of the UK, but not in it. However it was not included in the original peace treaty. The mayor of Berwick signed a peace treaty with Russia in 1966. Timothy did not die until 2004, making him the sole survivor of the war. Correction: Berwick-Upon-Tweed never had a special law declaring it not in the UK during that time. The mayor also would not have had the power to sign a peace treaty.

- Luffas come from trees. Sean was given a "Grow your own Luffa kit" as a Christmas present. (Forfeit: The Sea)

- Tangent: Henry Ford was an anti-Semite and a supporter of the Nazis. Hitler only read three books in prison, one of which was Ford's.

- Tangent: Jeremy said he ate some whale with grated puffin. For starters he had a seal flipper which he claims, "Tasted exactly like licking a hot Turkish urinal."

- The Gatso camera was originally invented to monitor speeds of rally cars going around corners, so rally cars could travel faster. (Forfeit: To raise money for the government)

- Tangent: In Holland, there is a group called the "Tuff-Tuff Club" which destroys speed cameras. Jeremy's favourite is one where they insert insulating foam into a hole at the back of the camera, which then sets in what he described as a "Doctor Who" style.

- Samuel Pepys buried some parmesan cheese in his garden to safe it being destroyed in the Great Fire of London. (Forfeit: Diary)

- Canning food was first invented by the French in 1810, but the tin opener was not invented till 50 years later by the Americans. Before then, you had to use a hammer in order to open the tin.

- Tangent: Stephen talks about canning penises, just to see if the panel are paying attention to him.