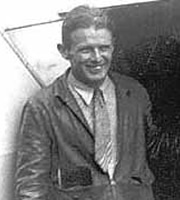 - As the panel are more grown up than usual, Stephen treats the panel like adults, and allows them to keep their own scores. At the same time, there is an electronic check, and the panel will be subtracted by the amount they lie by. If anyone gets their answer exactly right, they are rewarded with 100 bonus points. Alexander Armstrong manages this.

- A question on "Cheating": The winner of the marathon at the 1904 Olympic Games, Fredrick Lorz, cheated by going most of the way by car. Fourth place was given to a Cuban postman, Felix Carbajal, despite him falling ill after eating some rotten apples. Len Tau, one of the first black competitors in the Olympics, came ninth despite being chased a mile out of his way by a dog.

- Tangent: George Eyser won six gold medals in gymnastics at the 1904 Olympic Games, despite having a wooden leg.

- At the 1900 Olympic Games, cricket was one of the events. However, only Britain and France could play. The French team was made up of British Embassy Officials in Paris.

- Many riders in the 1904 Tour de France were disqualified for being towed by cars. A wire was attached to the car and a cork held in the cyclist's mouth. Maurice Garin was disqualified when it was discovered that he went part of the way by train.

- Tangent: Pasternak, as in Boris Pasternak (author of Doctor Zhivago) is the Russian for "Parsnip".

- The first creature to be sent into space was a fruit fly. (Forfeit: Monkey; Dog)

- Tangent: 65% of diseases found in humans are found in fruit flies.

- The fruit fly has the longest sperm of any creature. It is 20 times its own length, measuring at 5.8cm.

- Tangent: The sperm is the smallest cell in the human body. The ovum is the largest.

- The connection between Nancy Kerrigan and Douglas 'Wrong Way' Corrigan (pictured) is cheating. Tonya Harding tried to eliminate Kerrigan from ice skating competitions by smashing her knee caps. 'Wrong Way' Corrigan constantly claimed he was the first person to fly across the Atlantic, from New York to Dublin.

- The second world war technically ended in the year 1990, because in 1945 there was no Germany. It did not end until the country was reunified. (Forfeit: 1945) Correction: A surrender document had been signed. The formal conclusion of peace was not signed by East Germany.

- In 1792, the guillotine was first used, Charles Babbage, the inventor of the computer was born, and the written exam was invented at Cambridge University. Before then, you would be asked questions orally in Latin. Correction: The first written exams were invented in China in the 14th century. The exams themselves have been dated as going on as far back as 115 AD.

- Tangent: In the film Carry On Don't Lose Your Head, the character played by Jim Dale is about to be executed. Someone tells him he has a note from Robespierre, and he says, "Put it in the basket, I'll read it later on."

Correction: The line is actually said by Charles Hawtrey.

For more information regarding the examination error, see the QI Qibble Blog