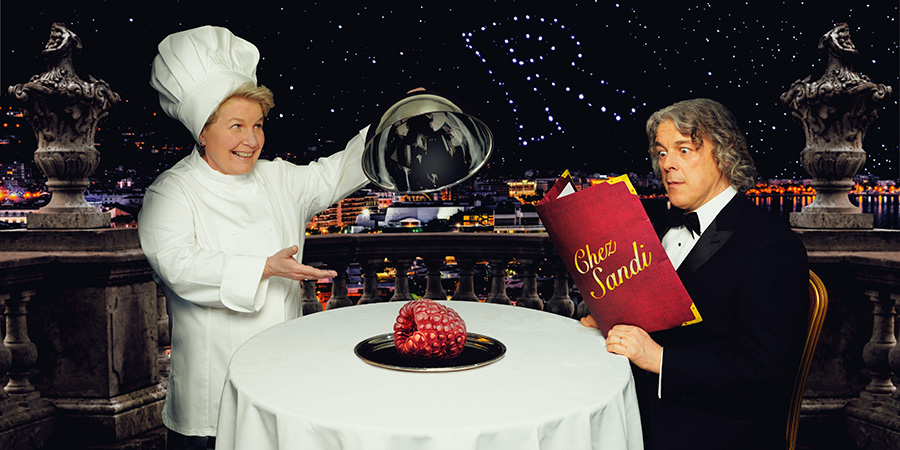 A compilation of some of the best bits from Series R, with Sandi Toksvig and Alan Davies.

- Rest & Recreation Best Bit Tangent: The model Fabio and his roller coaster accident with a bird.

- Radioactive Best Bit: How to sell a house which is next to a nuclear power station.

- Radioactivity New Material Tangent: Humans are radiations because 60% of our body heat leaves through radiation. Toucans radiate even more with their large beaks.

- Road and Rail New Material Tangent: Cally Beaton says that there was a man who claimed that women at 50 are invisible. Sandi says this is true at restaurants, with which Aisling Bea suggests popping one tit out, but Cally says that at a certain age this would not work.

- Radioactivity New Material Tangent: Alan and Josh Widdicombe both won £25,000 on Celebrity Million Pound Drop. Alan however lost £450,000 on the question: "What was the first flavour of crisps?"