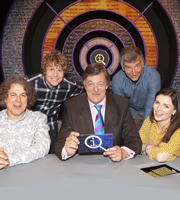 - Oysters, chocolate, champagne, potatoes, and indeed just about every form of food and drink have been suggested as an aphrodisiac at some point in history. The potato was considered an aphrodisiac in Ireland because after it was introduced as a staple crop the population boomed.

- Tangent: In Macbeth Shakespeare makes references to the fact that alcohol may lead to sex but does not enhance performance.

- XL Tangent: According to the book "Venus in the Kitchen" by Norman Douglas aphrodisiac foods in history include almond soup, sow's vulva and trussed crane. The recipe for sow's vulva begins with the words: "Take that part of the pig." Roman physician Galen thought any food that caused flatulence was an aphrodisiac, an idea that was believed up to the 18th century. In Elizabeth times stewed prunes were considered such an aphrodisiac that they were served for free in brothels. St. Jerome forbade beans thinking that he thought they would make women aroused. The Peruvians considered blended frogs an aphrodisiac. Alan asks if any of the active ingredients in Viagra occur naturally. No-one on the panel seems to know.

- XL: The thing you would not want to get on Valentine's Day is a "vinegar valentine". Between 1840s-1890s it was custom to not just send anonymous letters to people you loved but anonymous hate mail to those you loathed. To make things worse, often the person receiving the letter would have to pay for the stamp. Most of these cards were destroyed by the recipients so they are very rare and highly prized by card collectors. Stephen shows the panel of a Valentine from York Museum with has a shaven moustache on it and the words: "With heartiest greetings and best hopes, that she'll soon get another - with a man attached."

- XL Tangent: Tony claims the most tragic thing you can get on Valentine's Day is a letter from your mother. He has got Valentines from both his mother and grandmother. He does admit however that it is better than a one-way ticket to New Zealand. Josh once split up with a girlfriend around the time of his birthday. His family do not really celebrate birthdays much but his ex-girlfriend's family did, so he ended up receiving a birthday card from his ex-girlfriend's mother.

- Napoleon's ex next went out with the Duke of Wellington. Two of Napoleon's mistresses, actress Josephine Weimer and opera dancer Josephina Grassini, also had sex with the Duke while he was the ambassador to Paris. Weimer said that the Duke was the stronger and better lover. After the Napoleonic Wars the Duke was presented with Napoleon's sword, three paintings of him, a painting of his sister and an 11ft statue of Napoleon. The state is still in what was the Duke's residence: Number One London, Apsley House. This is located at Hyde Park Corner.

- Tangent: The sentence: "Able was I ere I saw Elba", is a palindrome.

- The thing that would bite its arm off to get its leg over is a spider. The male tent cobweb spider is 100 times smaller than the female and has two pedipalps, which are font legs which are also penises. To increase its chances of mating it takes some of his silk, ties it around one leg and pulls the leg off. Having only seven legs gives the spider a speed advantage. They are 44% quicker. Even after mating however, the female will suck the male dry and discard them. (Forfeit: Me)

- XL Tangent: Octopuses have a penis arms. Each arm acts independently from each other and they do not know what the other arms are doing. The only thing an octopus sucker will not stick to is an octopus leg, so they will not tangle up.

- The advantage of having a goat as a nanny is that goat milk is very good for human babies. Nanny goats are so called because in the days of foundlings and babies left on the footsteps of churches, and nanny goat milk was suitable for babies. It was also one of the healthiest ways to consume milk before pasteurisation. If goats are ready to give suck, they enjoy being sucked, much like cows do. In 1816 a book was published called The Goat is the Best and Most Agreeable Wet Nurse, in which the author compared all the various kinds of breast milk. Some thought donkeys however had a better moral reputation.

- Tangent: Up until the 19th century it was believed that human breast milk contained the characteristics of the mother. So if the mother was a loose woman then the baby would behave similarly.

- Tangent: If a woman is breastfeeding a child it makes other women nearby also lactate.

- Tangent: There was a syphilis outbreak in the 16th and 18th century, and until the 19th century it was believed that the cure of it was mercury, which is deadly poisonous. It was thought a good idea for babies to suckle on goats that had been fed mercury, but the goats eventually died. Josh says it is harder to fake getting off school now that mercury thermometers have gone out of use. Stephen says that he used to stir his thermometers in coffee, which leads Josh to mock him for having coffee as a child.

- The Puritans wanted lusty men to get into the sack so they would be used to their wives in bed before they consummated their marriage. "Bundling" was custom of either having the man sleep in a sack or dividing the bed into two using a board down the middle of the bed so that the husband and wife could still talk to each other but not have sex.

- XL: You would put frogs in underpants to prove that sperm is used to fertilise eggs. 18th century Italian priest Lazzaro Spallanzani knew that frogs fertilised eggs outside the females body, so he put underpants on frogs that tried to fertilise the eggs and observed what happened. The frogs failed. Thus he discovered what sperm is for. Spallanzani was one of the first people to carry out artificial insemination, performing the task on a spaniel; he was the first person to suggest that bats use sound to navigate in the dark; experimented on snail regeneration by cutting the heads off 423 snails of which a fifth grew their heads back; and tested gastric juices by putting some food in a cheesecloth bag, tied it up, attached a string to it and swallowed it. He then pulled the string to take the food out of his mouth and observed the result.

- Spending-a-Penny Bonus: The horror that was first shown in the film Psycho was a lavatory flushing. It appears in the shower scene. (Forfeit: Shower)

- XL: Half the brides in London went to prison because weddings often took place in debtors' prisons. In the 18th century priests often ended up in debtors' prison, but they not defrocked for it, so priests would conduct weddings in debtors' prison and used the fees they charge to help clear their debt. This was mainly at Fleet Prison and eventually a law had to be brought in to stop the practice: Lord Hardwicke's Marriage Act of 1753. This law got rid of common-law marriage, although over 60% of people still think it does exist.

- XL Tangent: Charles Dickens's father went to the Marshalsea debtors' prison. This is where "Little Dorrit" is set, and Dorrit's father was the "king" of the prison with the best rooms.

- It is not known for sure what a Welshman should wear in his hat on St. David's Day. According to Alan Davidson, author of the Oxford Dictionary of Food, claims that leeks did not arrive into Britain long after the Battle of Heathfield, where the Welsh beat the Saxons. It is often believed that the Welsh wore leeks in their helmets to identify themselves, but Davidson claims they make have worn garlic. "Leac" in Anglo-Saxon meant any member of the onion family, so "enneleac" is "onion" and "garleac" is "garlic". The Museum of Wales claims that leeks may have been brought over by the Romans. No-one can say for sure. (Forfeit: A daffodil; A leek)

- There is a layer of atmosphere that protects us from UV radiation and has a hole in it, but it is not mostly made of ozone. It is only made out of 15 parts per million of ozone. The chemical formula for ozone is O3, it is pale blue and has a very pungent smell. If it were a single layer, O3 would be 3mm thick, compared to the rest of the atmosphere which would by 5 miles thick. (Forfeit: Ozone)

- The biggest waves in the world are underwater. They only travel a few centimetres per second. (Forfeit: Hawaii; Newquay)

- Tangent: "Tsunami" is Japanese for "harbour wave". They are not tidal waves. They are caused by earthquakes, landslides and volcanos. They start off small but long, and when they get to shallow waters they become bigger.