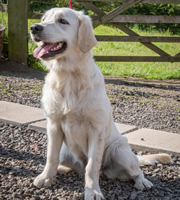 Naomi is keen to impress the commodore of the local yachting club, Dave Wilson, and so steps in to join his team, competing in the West Kirby Sailing Club's Wilson Trophy.

Sadly things don't go entirely to plan for her when she invites Dave, and her friends, to an elaborate dinner party that is a complete disaster, and she is horrified when Nana V gate-crashes, revealing her past dalliance with Dave.

Meanwhile, Nana V asks Jasmine and Eron to look after her day-care dogs, including Dave Wilson's dog Charlie, but the pair go missing and are later found stranded on an island with the tide coming in. Naturally, it's up to Dave and the RNLI to come to the rescue.