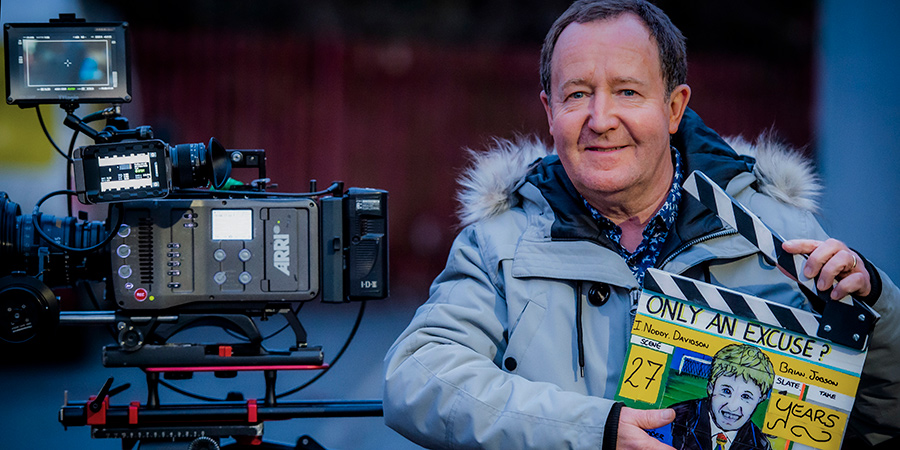 The final show - a one hour special - will feature memorable moments from the archive alongside new sketches and contributions from famous faces who've been tackled by Jonathan Watson and the Only An Excuse? team down the years.
First broadcast as a one-off special on BBC Radio Scotland prior to Scotland v West Germany in the Mexico '86 World Cup, it was a parody of the five-part television documentary Only A Game? which had documented the history of Scottish football.
Producer and writer Phil Differ secured that first radio commission and after further occasional radio specials the show switched to television in 1993. It retained an annual half-hour spot on Hogmanay, entertaining audiences with its razor-sharp spoofs on the beautiful game in Scotland. OAE? has evolved over the years from being purely just about football to bringing out the comedy in films, advertising, other television shows and politics. Jonathan Watson said: 'Every year we've really enjoyed the responsibility of creating a show for Hogmanay. It has been a privilege to be a part of the audience's New Year celebrations and we're delighted we'll be going out on a high with this special edition. We've got an hour to look back at memorable moments down the years and catch up with some special guests who've inspired us.'

Scottish football personalities and celebrities talk about the enduring popularity of the sketch show.