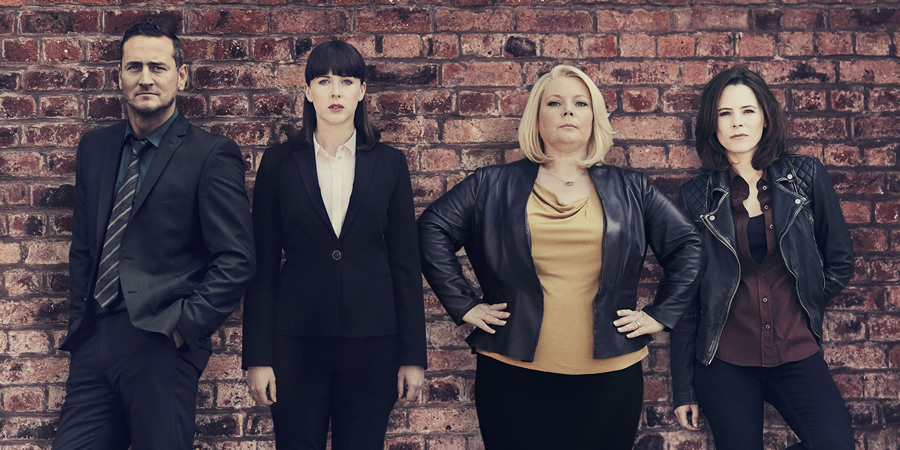 Creator and writer Paul Abbott talks about his latest creation, No Offence... 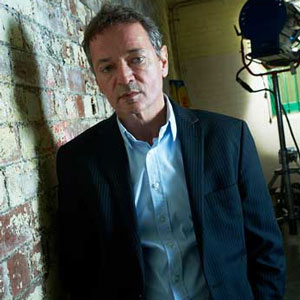 No Offence came after searching for a concept that would match a Shameless landscape, which is fucking enormous. I love cop shows, I love comedies, and nobody has found a blended set of ingredients that make that work and feel like the cop series I wanted to make.

I watch all cop shows and loved Barney Miller, which was an ancient 24-minute sitcom all set in one cop bull pen - a beautiful American series. The Shield is the best police series ever written - but we're not going for anything like that.

No Offence is trying to fit a square peg in a round hole and we've done it beautifully, with a set of ingredients that don't look like they should belong together, but they do. They just do. We've got a Beryl Cook-ness from the way [central character] Deering is written, and a Raymond Briggs-ness from the way all the characters are written, but you get an absolute Cracker-esque team that you would pray would be on your side if someone came after you: these coppers would be your best allies.

Writing a cop show that also featured dark comedy came as an imperative to me. The name No Offence came in to my head and made me piss myself laughing. The way that rules have to be applied in a twisted world, that is how I want my cops to be.

In No Offence I have created a family of professionals. Writing a family like I did in Shameless is one thing, but to write a family out of a bunch of strangers I think is my forte. I can see Shameless, Linda Green, Clocking Off and State Of Play within the personality of No Offence. Not in a lazy way - that is just the toolbox you build as a writer. It's really big storytelling at times.

As a writer, you stand in the person's shoes you're writing about. The biggest event you do as a writer is to "give your enemies the best lines". I never used to know what that meant, but, and I can't remember who said it first, it means the person you least understand. I think I've just got a knack for exporting myself into other people's shoes; a dog, a child, a woman, a man. 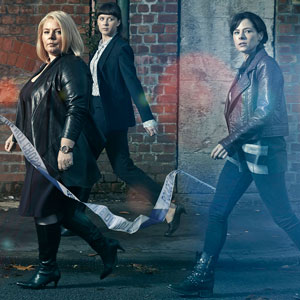 It was clearly a conscious decision to place three women at the heart of this series; these are women that men would want take out for a beer. The boss, Maclaren, appears in a supervisory role. He's a deliberate cypher as an antagonist, because you need to kick against somebody. You have to have somebody who knows this team well, yet doesn't know them at all. That makes for a really comic formula because Maclaren never knows what Deering is going to do next.

As for Deering, I always imagined her dad brought her up with the police force. Her dad died in the line of duty and that is the spirit of her governance. She governs like a bloke with the politics of a female.

I love watching people being good at their job. I remember I used to watch Casualty when all they did was bitch about the agency nurses and I'd shout "go get another job." I don't want to watch people moaning about their occupation on TV - it's like being haunted by your eight-hour shift isn't it?! We deliberately didn't want that. In No Offence their interrogation, interpersonal interrogation, is so clipped and so telepathic it's beautiful. You don't have to delve too deeply into anyone's character.

It isn't that kind of series where we felt the need to investigate the domestic personal and emotional wealth. I want to, but we haven't had time this series because it goes like a bullet! I hope it's a fantastic overture of what No Offence will be in a few years.

No Offence is proudly a procedural drama, but it's not what I started writing. I thought we were getting away with writing a comedy in my head, but it was just too big and eventually it got squeezed all the way back down to near real life but not real life - it's heightened by 2 millimetres - and I think it is those 2 millimetres that defines the personality of No Offence.

You can't call it a comedy, as it's as dark as can be... and it gets darker and darker. But we're not plunging the audience into it - I think it's a really powerful piece of seduction from Episode 1 to Episode 8, with one of the toughest through storylines about the murders of young women with Down's syndrome. I often wonder why the fuck I landed upon these storylines for No Offence, because it was one of the hardest things to write. And there you go: there's your answer.

I don't write for shock value. In No Offence we were looking for invention. I think all crimes have been seen on television before, whether on the News At Ten or in a drama. But No Offence isn't about whether you've seen them before, it's about the attitude towards them. We've done it with such dignity and humanity. The authenticity in No Offence is unbreakable. It might take a while for people to realise what that is, but after 60 minutes I defy for anybody to put it down... It's a five course meal by anybody's description.

The cast talk about their characters