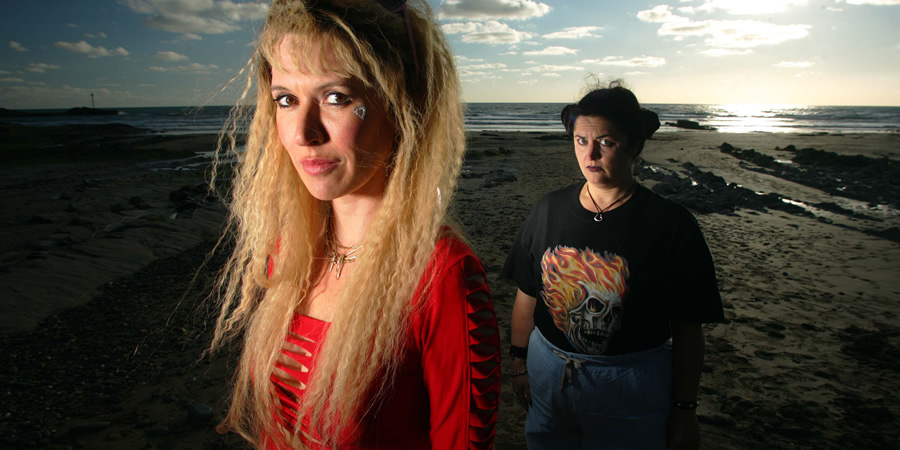 Was it hard to go back and write a second series after the success of Series 1?

Yes, I felt a lot of pressure about the 2nd series. And I obviously don't know myself, anymore than I knew about the first one, how its going to be received.

And in terms of the content, was it difficult to decide what to do with the characters?

I had to be quite Dallas-y bringing people back who were technically dead and going more on what characters were fun and interesting, and therefore slightly disregarding the ending in order to bring back some characters.

Do you think there are any changes to the tone of the second series?

I think that the tone has changed a bit, maybe a bit more cartoonish.

Is it more physical?

I think the whole nature of the fact that its spread out so much because of the location and moving to Corwall and not this suburban smallness anymore, I'm not sure what that means.

Could you give a brief synopsis of what happens in Series 2?

Jill gets Glen framed for everything as usual, then marries him, she goes then in pursuit of Cath and Don who've started a new life. Cath is blossoming a bit before Jill gets in there and slowly destroys her again. There's a bit about pregnancy in this one but I don't want to give away too much, and its still about her pursuing don - that's the key thing and Jill digs herself into a hole by the end of it all and there is no where way out for her...

Do you think we see any changes in Jill or is she very much the same?

I think she is still the same, but there is a tiny bit where you actually feel sorry for her. Which I think it's the only time I've ever watched it and thought "oh my god I actually feel sorry for her". It's basically where she thinks she's found Don and then she sees he's got a girlfriend. Because in a way you still do root for her thinking that you want her to win, even though she's bad.

What do you enjoy the most? The writing process, the acting or the editing?

I enjoy bits of all of it and hate bits of it all. I enjoyed having some new characters and watching the other actors, performing the scenes and actually not being it for a while. The editing is always strange, because it's a mixture of thinking "oh it's awful" and then finding some miracle way of putting it together. It's always precarious which scenes are going to work and which don't.

Do you think the second series is going to shock people as much?

What comedies do you enjoying watching yourself?

At the moment what makes me laugh is Extras, The Mighty Boosh, Curb Your Enthusiasm. Old shows like Fawlty Towers, Monty Python, French & Saunders too.