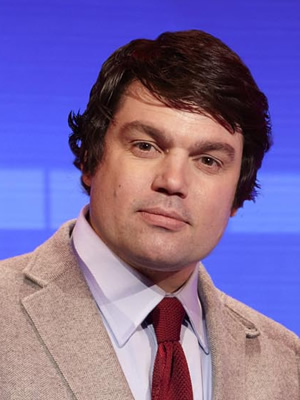 The BBC is to pilot The Home Office, a new sitcom written by and starring stand-up comic Charlie Baker.

The comedy, which will be piloted in front of a live studio audience later this month, focuses on a character called Charlie Baxter. He has been made redundant and decides to launch an internet business from home.

The pilot episode of The Home Office observes as Baxter - who will be played by Baker - starts to realise how hard working from home might actually be for him.

Producers say: "With interfering father in law Don, oversexed neighbour Jane and a surprising number of bargains to be had online... can he change his life and make it a success or will the distractions prove too much for this pipe dream?"

Don will be played by sitcom veteran Russ Abbot, whilst Martine McCutcheon (EastEnders, Love Actually) will take on the role of Jane.

The show is being developed for the BBC by Princess Productions, the company behind The Sunday Night Project and Sky Atlantic's forthcoming stand-up show Set List.

The pilot will be recorded at the BBC's MediaCity studio near Manchester on Thursday 18th October. To apply to be in the audience see our free tickets page

The Home Office will be the first commissioned comedy Baker has written. As a stand-up comedian he has performed on shows including Edinburgh Comedy Fest Live, whilst as an actor he has had minor roles in sitcoms including Miranda and The IT Crowd.

Baker's most significant TV role to date has been as a team captain on the Channel 4 panel show A Short History Of Everything Else. He also became a regular guest on Richard Bacon's Beer & Pizza Club, although he is perhaps still best known for winning Let's Dance For Comic Relief.

Below is a video of Charlie Baker performing as part of the BBC's coverage of the 2011 Edinburgh Fringe Festival.