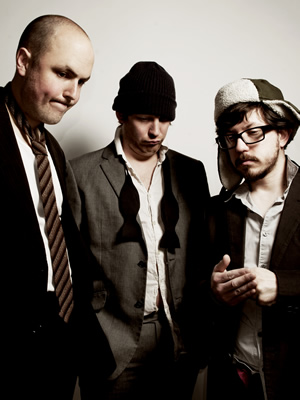 Provisionally titled The Secret Dude Society, the series will star Matthew Crosby, Ben Clark and Tom Parry as their stage personas in comic scenarios at home and work.

The series will be filmed in front of a live studio audience in Glasgow, for broadcast in 2013. It is being made by Scottish production company The Comedy Unit, whose slate includes Still Game, Rab C Nesbitt, Burnistoun and Gary: Tank Commander.

BBC Three channel controller Zai Bennett ordered the series, saying "The Secret Dude Society with Pappy's has fantastic energy and a super high gag rate. It's the first a studio sitcom we've green lit in years on BBC Three and should complement our on-going comedy renaissance."

BBC Executive Kristian Smith added: "I am thrilled that Matthew, Ben and Tom are coming to BBC Three in their first sitcom. Pappy's have long delighted audiences on the comedy circuit, and I'm made up they have got their own series to excite both their fans and new audiences alike."

The Comedy Unit's creative director Gavin Smith said: "We've long been fans of Pappy's amazing live shows, so it's been great to work with them on taking their on-stage personas and finding a sitcom world for them to inhabit which still has room for all the mayhem they convey to a live audience. We can't wait to get in the studio to do something a bit silly and a bit special."

Pappy's was one of the big hits at this year's Edinburgh Fringe. Nominated for the Edinburgh Comedy Award, the trio's run of Last Show Ever! was universally well received, picking up over 18 four and five star reviews. The group are currently touring it around the country.

The Secret Dude Society will be the group's first major TV series. In 2008 the group performed the sketch show pilot Pappy's Fun Club as part of Channel 4's Comedy Lab series, but it wasn't picked up for series. A subsequent pilot - Mr & Mrs Hotty Hott Hot Show, in which the group curated a 1950s-style comedy gameshow, was aired as part of E4's 2011 Comedy Lab strand, but again wasn't picked up by the network to go to series.

Aside from their live work, Pappy's also produce a number of podcasts. The award-winning Pappy's Flatshare Slamdown will be back for a new series later in the year, with new episodes having been recorded at the Edinburgh Fringe.

BBC Three has experience of bringing a successful live act to the sitcom format, having previously been home to 2009's We Are Klang, starring Marek Larwood, Steve Hall and Greg Davies. 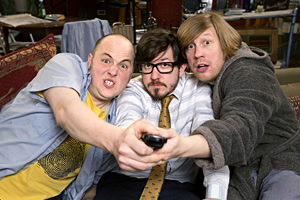