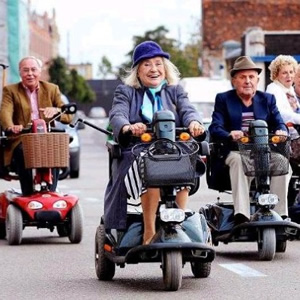 ITV1 has ordered a new hidden camera prank show based around a group of pensioners.

Off Their Rockers will feature an ensemble cast of mischievous OAPs targeting members of the public in light hearted pranks and set pieces. The six-part series is aimed at a teatime slot, as the network continues its search for a hit family-friendly comedy show to take over from Harry Hill's TV Burp.

The format is loosely based on a Belgian TV series called Benidorm Bastards (pictured), which was aimed at a more adult audience and featured 'foul-mouthed, randy pensioners' pestering holidaymakers. The format, which won a Rose d'Or award in 2010 and International Emmy in 2011, has since been re-made in America under the Off Their Rockers title.

The UK version of the show will be made by CPL Productions, formerly known as Celador, the company behind A League Of Their Own and radio comedies including When The Dog Dies and Pythonesque. The company originally piloted the show for the BBC in the Summer of 2011, but it is understood channel controller Danny Cohen passed on the opportunity to make a series. Claire Zolkwer has ordered the ITV series from CPL.

On Saturday nights ITV is currently airing Fool Britannia, a hidden camera series from Trigger Happy TV creator Dom Joly. Prank shows are currently proving to be a popular format with commissioners, with recent titles including I'm Spazticus and Celebrity Bedlam. Meanwhile E4's Meet The Parents is due back for a new series next week, and other shows in development include Secret Service, a new BBC series fronted by Richard Hammond.

Below is the trailer for the NBC version of Off Their Rockers, which was hosted by Betty White. The UK version is understood do be without a host: 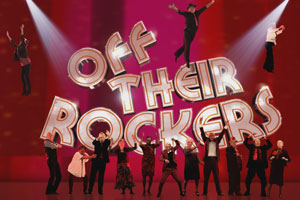