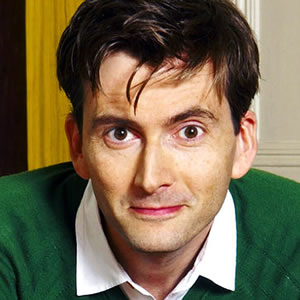 David Tennant, the actor best known as one of the incarnations of Doctor Who, is to host a new panel show on Channel 4.

Comedy World Cup, which will go out on Saturday nights, will involve teams of comedians using their stand-up skills to avoid being knocked out of the show. The winners at the end of the series will walk away with a cup.

The channel describes the show as follows: "The funniest folk in comedy team up for a new panel show. Across a seven-part series, teams of comedians will harness all of their comedy cunning to avoid being knocked-out and be in with a chance to claim THE ultimate prize: The Comedy World Cup."

The programme commission was revealed by C4 exec Jay Hunt at the Edinburgh International Television Festival, an event where the various channels are currently presenting their new seasons of programming.

The Daily Star quotes an un-named source as saying "Each team will feature a real mix of comedy stars. For instance you could have Alan Carr, Ronnie Corbett and Russell Howard competing against Frankie Boyle, James Buckley from The Inbetweeners and Clive Anderson."

The show will be made by Open Mike Productions, the company behind series including Live At The Apollo, Michael McIntyre's Comedy Roadshow and Stand Up For The Week.

David Tennant says: "As a big comedy geek I'm looking forward to proving that I know more about it than the professionals!"

Channel 4 Entertainment executive Justin Gorman adds: "Needless to say when we thought who could match, handle and wrangle some of the funniest and most talented comedians on TV, we decided it had to be David Tennant so are thrilled he agreed."

David Tennant is no stranger to panel shows, having previously appeared as a guest on series including Chris Moyles Quiz Night, 24 Hour Panel People and QI. He also presented a Doctor Who themed special episode of Never Mind The Buzzcocks in 2009. A video clip from this episode is below.