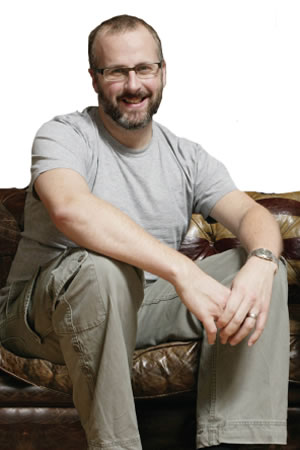 Strange Pairs, which is the working title for the show, would see 'unlikely celebrity couples' appear in comedy sketches together.

The format is currently being worked on jointly by production companies Brown Eyed Boy and Lovely Day, and BroadcastNow reports that Lucy Lumsden, Sky's Head Of Comedy, is "on the brink of ordering a pilot."

Further details on the project are currently scant. The industry publication claims that Keira Knightley was mooted to be involved, but is no longer attached to the project.

Nor is it known which of Sky's channels the show may broadcast on. Initially the network had concentrated on establishing formats for its flagship channel Sky1, but it is now looking to spread its comedy productions across its portfolio of own-brand stations. Earlier this week it was announced that the second series of comedy drama Mount Pleasant would move to the female-oriented Sky Living, whilst Sky Atlantic is becoming known for slightly edgier programmes such as Walking And Talking, Don't Sit In The Front Row, Set List and This Is Jinsy.

2012 looks set to be a busy year for Sam Bain. Aside from Strange Pairs, he is also working with writing partner Jesse Armstrong on another series of the long-running sitcom Peep Show and a second series of hit student comedy drama Fresh Meat.