Channel 4 has announced today that it is to broadcast a programming block during August called Channel 4's Funny Fortnight. The two-week period will feature over 30 hours of comedy programming, including a number of significant comedy pilots, and a selection of archive Channel 4 favourites.

Here are the shows that are involved: 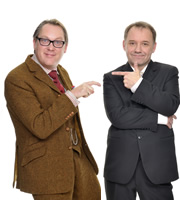 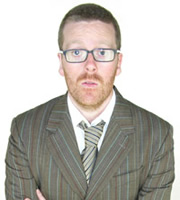 The Boyle Variety Performance is a stand-up format in which Frankie Boyle gives his unique take on a royal variety event of a similar name. Complete with red carpet, celebrity guests, comedy, variety, music and 'a generous helping of Frankie himself', the show will come direct from a London theatre, and feature content 'so cutting edge and scurrilously funny that no self respecting royal would ever dream of attending'. 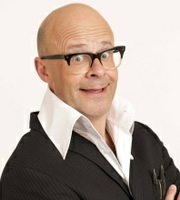 This commission confirms speculation that Harry Hill is looking to partner with Channel 4 on future projects. This one-off show hosted by the TV Burp star looks back at the seminal series Harry Hill, which ran for three series on Channel 4.

Harry Hill: The Reunion, which is directed by the star himself, will see Hill seeking out the cast and asking "where are they now?". 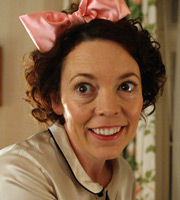 The story centres on a dysfunctional, wealthy mining dynasty, with an ailing patriarch and some greedy siblings. It's described as being a peculiarly British take on telenovela style melodramas, played for laughs. Peter Serafinowicz, Kayvan Novak and Reece Shearsmith also appear. 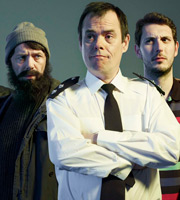 This sitcom featuring an all-star cast has been delayed from last year's Comedy Showcase season. Penned by TV Burp writer Dan Maier, The Function Room is set in a pub room which sees pub regulars who've booked the room for different events joined by new characters each week. In this pilot episode the space is being used for a local community 'Meet The Police' event. The ensemble cast includes the likes of Reece Shearsmith, James Fleet, Simon Day and Kevin Eldon. 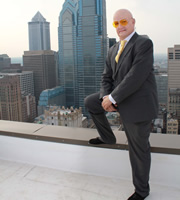 The car salesman turned international television star character will subject his celebrity guests to his own unique brand of interview technique. 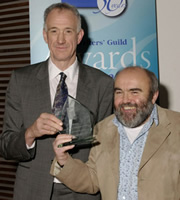 Just Around The Corner

Just Around The Corner is set in the future. It's the story of a suburban family, the Pilches, who live in an uncertain, unsettling and warmer world where all the banks have disappeared, along with much of Britain's coastline. 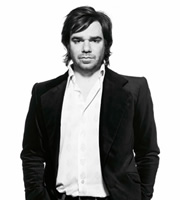 Berry stars as Steven Toast, a successful actor now in his forties who regularly appears in prestigious television dramas, and on the London stage. However, Toast has made a recent career faux pass by electing to star in a new controversial West End stage play. 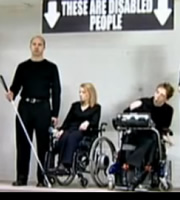 A revival of the 2005 Comedy Lab pilot. I'm Spazticus is a prank show format featuring disabled performers who prank able-bodied members of the public.

A mix of hidden camera show and mock-doc, the programme features a number of recurring characters as well as one-offs. 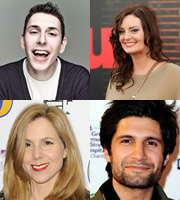 Them From That Thing

The show combines the look and feel of great British drama with a silly and slightly unhinged comic sensibility. 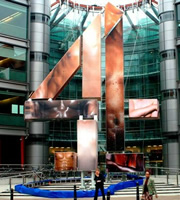 The programme will show classic clips and tell the stories behind them. Contributors will include Simon Pegg, Al Murray, Charlie Higson, Vic & Bob, Jessica Hynes and Sally Phillips. 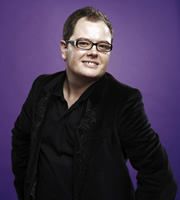 The broadcaster will also be screening stand-up shows from Alan Carr, Peter Kay, Lee Evans and Micky Flanagan during the fortnight.

In each case this is the comedian's latest live stand-up show, which has not been seen on TV before.

Plus additionally the channel has scheduled classic episodes of shows including The IT Crowd, Father Ted, Brass Eye, The Inbetweeners, Peep Show, Spaced and Vic Reeves Big Night Out. The episodes selected have been chosen by the writers.

Channel 4 will also screen a series of 'Lost Gems' during the fortnight. These archive programmes will include Vic & Bob's The Weekenders, Harry Enfield's Norbert Smith: A Life, a Peter Cook appearance on The Clive Anderson Show, plus various old Comedy Lab pilots featuring the likes of Peter Kay and Karl Pilkington.

Shane Allen, Channel 4's Head of Comedy, says: "Channel 4 has been at the forefront of British comedy from day one. We've launched so many careers by backing new talent and have never been afraid to get in trouble all for the comedy cause. Channel Four's Funny Fortnight is a chance to celebrate our achievements with a raft of new shows featuring many of the biggest names in British comedy".

The exact dates of the August broadcasts have not yet been announced.