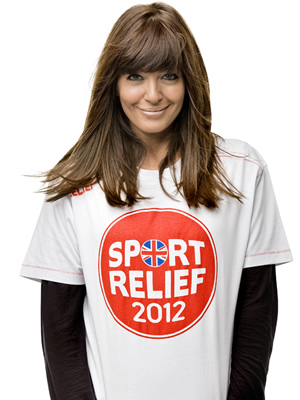 Five of the biggest names in British sport will be turning their hands to stand-up comedy in March.

In aid of the Comic Relief spin-off charity Sport Relief, the group - including rugby player Ben Cohen - will each perform a three minute set in front of a packed crowd at London's Bloomsbury Theatre on Sunday 11th March.

The night - Stand Up For Sport Relief - will be hosted by Claudia Winkleman (pictured), with each of the sport personalities paired up with a comic to tutor them: confirmed so far are Jason Manford, Andi Osho, Chris Ramsey and Daniel Sloss.

Stand Up For Sport Relief will be recorded for broadcast on BBC Three, and is based on 2011's Stand Up For Comic Relief, in which regional BBC newsreaders from television and presenters from radio took to stand-up for the first time.

Stand Up For Sport Relief