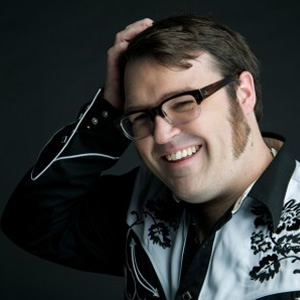 The BBC is developing a new format in which a live audience can shape the show via Twitter and Facebook status updates.

Titled '@cuff', the show will involve stand-up and improv performers, with the audience's "tweets and status updates making the comedy happen".

The format is to be trialled at The Tabernacle in Notting Hill on Thursday 23rd February. The public can apply to be in the audience via our free tickets page. The BBC say: "It's the only gig we know where you are told to keep your phones on throughout!"

The comedians booked to take part in the pilot include New Zealand stand-up star Jarred Christmas (pictured); Friday Night Dinner star Tom Rosenthal; Humphrey Ker, who was one of the regulars on BBC Two's improv show Fast And Loose; Cariad Lloyd, who is a member of various improvisational groups including Grand Theft Impro; and stand-up comic, blogger and Do The Right Thing team captain Michael Legge.

ITV recently announced that it is to pilot Trending Topics, a new panel show format in which the rounds will be determined by what is popular on Twitter. Hosted by Jonathan Ross, the first run-through of Trending Topics was held on Monday. David Walliams was a team captain, and guests included Jon Richardson and Andi Osho.