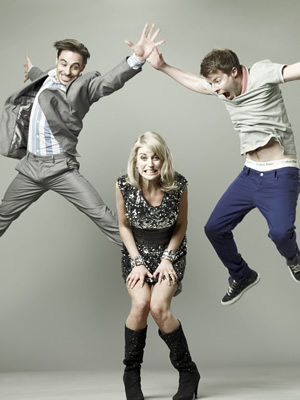 Comedy Central commissioner Pete Thornton has ordered a new seven part series following strong ratings for the first run. The programme, which launched in October last year, attracted over 200,000 viewers an episode, making it the digital channel's second most watched show, just behind American import Two And A Half Men.

The Tweet was quickly removed - presumably because Comedy Central hadn't officially announced the news - however the new episode order has since been confirmed by Broadcast magazine and production company Big Talk.

Comedy Central boss Jill Offman told the trade newspaper: "We're delighted with the way Series 1 performed straight out of the box and are pleased to be able to offer this talented team the chance to get together for a further seven episodes."

Series 1 is currently being repeated on Comedy Central on Tuesday nights at 10pm. Here is a clip from the first series showing the drink-and-drug fuelled night that sparked the pregnancy: 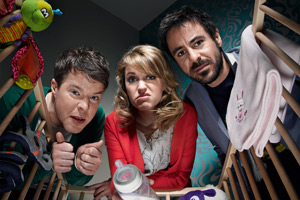