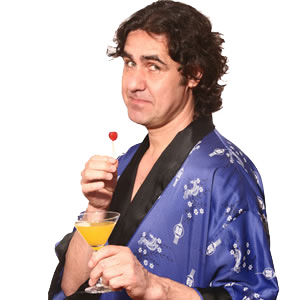 Is It Just Me? will be made by Zeppotron, the production company co-founded by Charlie Brooker, and will be focussed on "odd opinions, weird thoughts, ridiculous actions and embarrassing moments, encompassing everything from people who clean the toilet using their partner's toothbrush to others who name objects in their home".

Flanagan will shortly be starring in The Mad Bad Ad Show alongside Mark Watson and Mark Dolan. The 6-part series is also a panel format for Channel 4, centred on adverts and the advertising industry. It will begin on Friday 17th February.

If commissioned, Is It Just Me? will be Flanagan's first venture with the broadcaster since signing an exclusive deal with them in December.