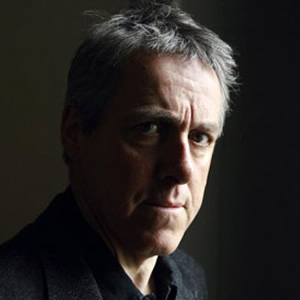 Griff Rhys Jones has signed up to present a new six-part panel show series on Channel 4 called A Short History Of Almost Everything.

Producers describe the show as follows: "With the aid of hilarious TV archive footage, A Short History Of Almost Everything will examine our shared experiences of the past 30 years. Aided by two teams of insightful panellists, the show will revisit some of the most memorable events of recent history and, with the benefit of hindsight, will ask whether history really does repeat itself."

The programme will make extensive use of new interactive technology to allow viewers at home to play along online. The concept, which was brought into the mainstream via Channel 4 gameshow The Million Pound Drop Live, allows viewers to log on to the broadcaster's website and answer questions as they appear on television. A Short History Of Almost Everything will take the concept one step further by dictating the team scores using the online results.

The format was first trialled in October last year in a non-broadcast pilot, with Robin Ince acting as the host.

Griff Rhys Jones is in the process of re-establishing himself as a TV comedian, having spent more than a decade largely absent from the genre, presenting documentaries like Greatest Cities Of The World and Rivers With Griff Rhys Jones.

Last year he appeared as a guest on the pilot episode of Alexander Armstrong's Big Ask and has since been signed as the new presenter of revived ITV blooper show It'll Be Alright On The Night. He recently filmed the one-off BBC sketch show special The One Griff Rhys Jones, which was broadcast on Monday night. The opening sketch revolved around the fact that most young people hadn't seen the star in a comedy role, and instead see him as an adventure traveller like Michael Palin.

Note: Since this report was published, the show's format changed. The show was re-named 'A Short History Of Everything Else' and the live interactive element was removed.

A Short History Of Everything Else