As BCG first reported in March, the show is Ryan's first commission for Amazon, having previously released her sitcom The Duchess and two stand-up specials on rival streamer Netflix.

With cameras rolling before, during and after the comics are on stage, the show stays with them as they hang out backstage. Promising to capture them with their guard down and reveal their pre and post-gig rituals, viewers will hear them trade anecdotes and analyse each others' material. 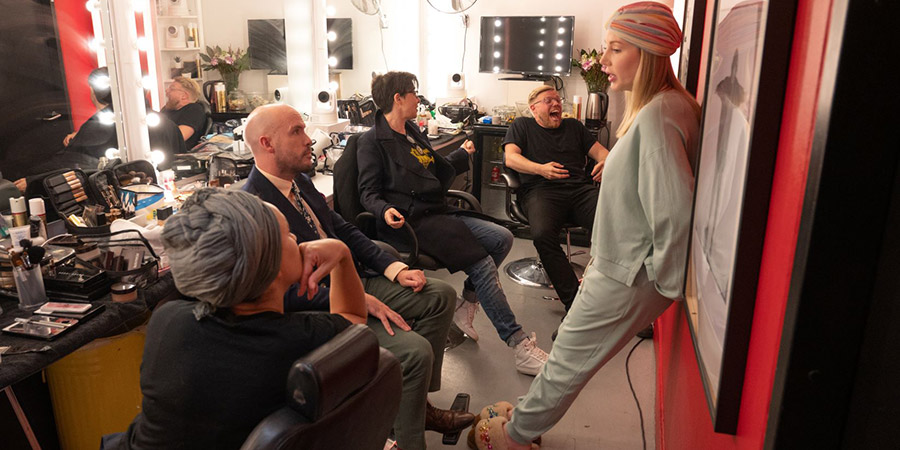 "After having nearly two years of cancelled gigs, comics are as eager to get backstage as they are to get on stage again. That's why I'm absolutely thrilled to be working alongside Amazon Prime Video and the brilliant team at Expectation to launch Backstage With Katherine Ryan," said the host.

"We'll be taking you with us behind the curtain and into our sacred space so you can share in the candid hilarity that happens before and after a gig. It's a whole new way to experience the magic of stand-up."

She then posted a video of herself with her newborn son to announce the series on social media:

Produced by Mia Cross (Live At The Apollo, The Ranganation), Ben Wicks is executive producing for Expectation and Suzi Aplin for Amazon, with Martyn Smith executive story producing.

"Thanks to the wonderful people at Amazon we've got the best stand-ups performing in a beautiful venue to a comedy-starved audience, hosted by the Queen of the Comedy Stage, Katherine Ryan," said Wicks, Expectation's creative director for entertainment.

"That's not all though, in a major blow to FOMO, we also have 40 cameras behind the backstage door. We'll see the funniest comics on earth as you've never seen them before: wildly indiscreet and completely unfiltered. Just spare a thought for the editor."

Dan Grabiner, head of UK Originals for Amazon Studios, added: "In Katherine we have the perfect host, and we're delighted to be featuring some of the very best in the business across the series."

Ryan publishes her autobiography, The Audacity, and is embarking upon her UK stand-up tour, Missus, next month.

The star of The Duchess and the host of Telling Everybody Everything, this is the debut book from superstar comedian Katherine Ryan.

"While I've been very blessed to have worked in comedy for over a decade, The Audacity gives me the opportunity to connect with people more fully and honestly than a panel show allows. I've learned to be a sharp-shooter on stage, but there are so many stories that I'm eager to tell in more sincere, longer form. I hope it gives people a laugh, an insight, and hopefully some encouragement on how to live their most fulfilled, authentic lives."

Detailing Katherine's journey from a naïve ex-Hooters waitress fresh off the boat from Canada to comedy megastar, chapters will cover How to Potty Train Your Baby at 10 Months, How to Cut Off Your Racist Aunties, How to Marry Your High School Boyfriend and How to Co-Parent when you're a Single Mum.

The Audacity combines Katherine's unerring ear for the perfect line with the warmth, compassion and hard-won wisdom that makes up a life on and off stage. 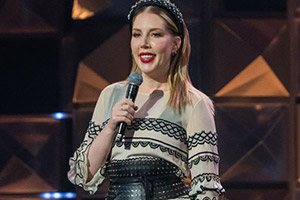