Comedy Unleashed, the club that dubs itself "the home of free-thinking comedy", is to film a TV stand-up show pilot.

The episode will be filmed over three nights - 13th, 14th and 15th September - at London's Backyard Comedy Club.

The aim of the pilot is to recreate the atmosphere of a comedy club on TV, and allow comedians to "take risks" in terms of their material.

The club will edit the three shows into a pilot episode, which it will then offer up to TV channels in hope of a series commission.

A spokesperson for the club told British Comedy Guide: "Most stand-up comedy TV shows are filmed in big theatres and they often lack the buzz and energy of stand-up performed in the small clubs. Comedy Unleashed encourages comedians to take risks and, over the past 3 years, we have attracted over 130 comics and a demanding and enthusiastic crowd. Some of the most interesting comedy is currently happening in small clubs and is never seen on TV. We are shooting a TV pilot to showcase this to TV commissioners."

Tickets to attend the recordings are available now. 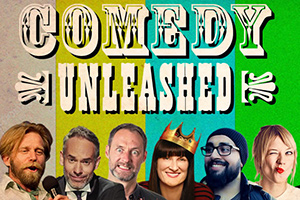