Filming is underway on a second series of BBC One sitcom The Other One, British Comedy Guide can exclusively reveal, with a first-look image of stars Ellie White, Lauren Socha and Christopher Jeffers back on set.

Currently shooting in Manchester, five more 30-minute episodes of the comedy about an unlikely blended family have been ordered, with Rebecca Front, Siobhan Finneran and Amit Shah also reprising their roles.

Creator Holly Walsh (Motherland) once again directs and executive produces the story of half-sisters Catherine Walcott and Catherine Walcott, who had no idea the other existed until their bigamous father dropped dead. The sometime stand-up co-writes with Pippa Brown (Psychobitches).

Series 2 begins with Cathy (White) and Cat (Socha) still reeling from the revelation that they have a brother, Callum (Jeffers). And that Cathy got off with him.

Still, Cathy is determined to get her work and love life back on track, even if the opportunities coming her way may not be all they appear and her ex-fiance Marcus (Shah) is still hanging around.

Tess (Front) and Marilyn (Finneran) find themselves babysitting Callum's mum Angela (Austin) after she's thrown out of her house by her shocked husband. Marilyn is suspicious of the new arrival but Tess is too busy making extravagant plans for spending her inheritance to care.

Meanwhile, as the one-year anniversary of Colin Walcott's death approaches, his ability to surprise his growing family from beyond the grave continues unabated.

Billed as a "love letter to siblings, mothers and crap dads", The Other One's first series aired last summer following a 2017 pilot, and proved popular with critics. The Guardian called it "a show with a loving heart that nevertheless manages to remain witty and fleet", while the i commended its "well-defined personalities and stellar acting". 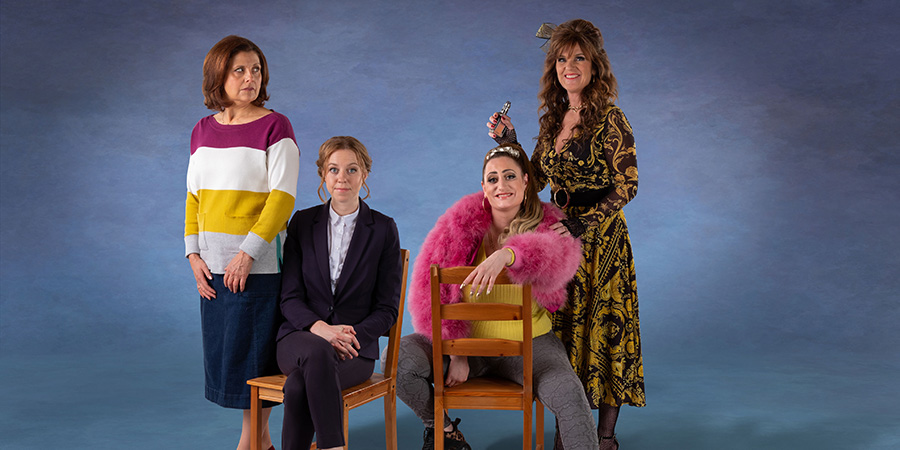 Broadcast on Acorn TV in the US, The Hollywood Reporter agreed that the cast were "magnetic", calling the show "a rare gem" that "charmingly finds the middle ground between dense pathos and glib laughs."

Ratings for BBC One peaked with 1.789 million overnight for the opening episode and averaged approximately one and a half million over the course of the series. An air date for the new episodes will be announced soon.

Produced by Caroline Norris (Motherland) for Tiger Aspect (Blackadder, The Vicar Of Dibley), The Other One is executive produced by Simon Wilson, alongside Walsh and Brown. It was commissioned by Shane Allen, outgoing director of BBC Comedy, with Ben Caudell the commissioning editor for the corporation.

"It's such fantastic news we'll be returning to this hilarious and unpredictable story" said David Simpson, head of Tiger Aspect Comedy. "Holly and Pippa's writing continues to sparkle with creativity and wit and I'm so excited to see the wonderful cast bring everything to life."

Caudell added: "There's a wonderful mix of wit and warmth in The Other One, brought to life by a brilliant, vivacious cast, so it's fantastic it's coming back. Also, the first series ended on such a cliff-hanger that we had to do a second series just so I can find out what happens next." 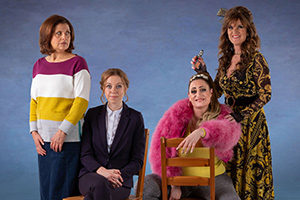