People Just Do Nothing's stars are to be the subject of a new BBC Three documentary, charting Kurupt FM's journey from online shorts to their first feature film, British Comedy Guide can exclusively reveal.

Ahead of People Just Do Nothing: Big In Japan arriving in cinemas on the 18th of August, the 45-minute documentary will trace the semi-improvised mockumentary's origins from a series of 2010 YouTube episodes about a group of aspiring but deluded MCs and DJs with dreams of stardom, running a pirate radio station in Brentford.

Debuting seven years ago today on iPlayer, the acclaimed comedy ran for five series until 2018, winning BAFTA and RTS Awards for best scripted comedy, spawning numerous live festival and gig appearances from the core cast in character, and a failed US remake.

The Kurupt FM characters went their separate ways at the end of the final series but the crew reunite in the upcoming feature film, travelling to Japan after discovering that one of their tracks has been used in a popular game show.

As with the BBC series, Kurupting The Industry: The People Just Do Nothing Story is produced by Roughcut. It was commissioned by Shane Allen, the outgoing director of BBC Comedy and Fiona Campbell, controller of BBC Three. The executive producer for Roughcut is Ash Atalla and the BBC commissioning editor is Ben Caudell.

"With the Big In Japan movie coming out it felt a good time to look back at our People Just Do Nothing story," Atalla said. "And who knows, next year maybe we'll release a documentary about this documentary."

Caudell added: "It's the ultimate rags to riches story: the journey that the PJDN gang made from online amateurs to full-fledged professional movie idols is an incredible one and a fascinating insight into how doing your own thing can build to comedy superstardom.

"Packed with great clips and famous fans, it's a thoroughly entertaining ride - if you thought documentaries were all about unsolved murders and poisoned fish, think again, here's a doc you can actually laugh at."

All People Just Do Nothing episodes are currently available to view on iPlayer, and the trailer for Big In Japan is below. 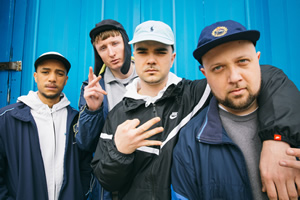 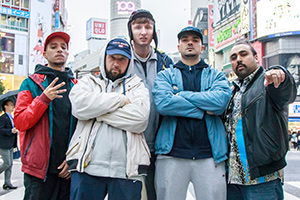 People Just Do Nothing: Big In Japan 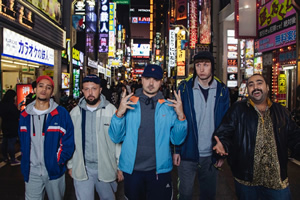 Kurupting The Industry: The People Just Do Nothing Story