The Stand Up Sketch Show has been recommissioned for a fourth series on ITV2, with returning acts including Seann Walsh, Russell Kane, Jayde Adams, Dane Baptiste and Felicity Ward, British Comedy Guide can reveal.

Helen Bauer and Lily Phillips will also be back, while Olga Koch and Esther Manito, who have previously appeared in sketches, make their stand-up debuts on show.

Carl Hutchinson, Shane Todd, Michael Akadiri are among other comics making a first appearance on the stage.

Stand-up segments for the show, in which comedians perform routines on stage for a live audience before the action switches to them recreating the story in a filmed sketch, are being recorded at the Up The Creek comedy club in Greenwich, London, for three nights from the 5th of July to the 7th.

The third series aired in February and March. Further details of acts appearing in the new episodes are expected to be revealed in due course, with the series likely to air early next year.

The Stand Up Sketch Show is made by Spirit Media, which also produces the stand-up showcase in aid of mental health awareness, Comedy Against Living Miserably, for Dave. 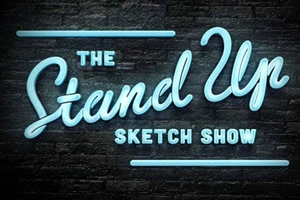