Friday Night Dinner has won in the Comedy category at the Broadcast Awards 2021. The awards, organised by the trade magazine of the same name, recognise the best UK television shows.

"A sublime comedy that just keeps getting better," was how one judge described the show.

Series 6 of Friday Night Dinner was broadcast in March to May 2020. It was written by Robert Popper and starred Paul Ritter, Tamsin Greig, Simon Bird, Tom Rosenthal, Mark Heap and Tracy-Ann Oberman.

The organisers say: "The longevity of the series is certainly impressive, with few writers or producers having the opportunity to create and nurture a comedy over 37 episodes. Friday Night Dinner joins Peep Show (which Popper produced between 2005 and 2007) as the only other C4 sitcom to have reached six series in the past 15 years, with one judge proclaiming it a 'big, broad, laugh-out-loud, timeless classic', and Popper 'a national treasure'.

"Starring the late and great Paul Ritter, the series really hit home with a lockdown audience, serving up lighthearted and slapstick moments during a dark time of troubling news and peaking with 3.4 million to become Channel 4's biggest comedy in a decade.

"The judges praised the show's immaculate writing, acting and direction, as well as its memorable quotes and warm heart. According to one, Friday Night Dinner provided 'classic, endlessly rewatchable comedy that hit home across multiple generations'."

Following the recent death of Ritter, who played Martin in the show, Popper has confirmed that the sitcom has now finished.

The 10th anniversary of the show is due to be celebrated on Channel 4 tomorrow (Friday 28th May) with the new documentary Friday Night Dinner: 10 Years And A Lovely Bit Of Squirrel.

The other nominees in the Comedy category were Feel Good, Ghosts, Inside No. 9, Man Like Mobeen and This Country. 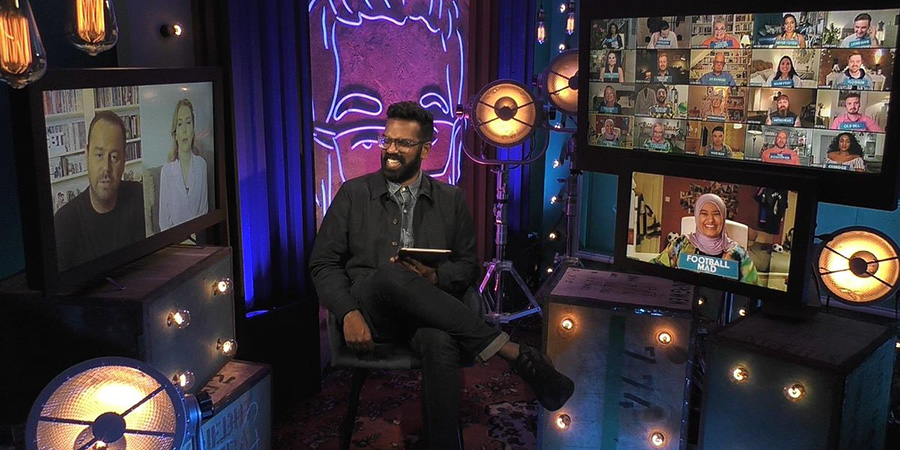 Elsewhere in the awards, which were presented virtually online, The Ranganation won a prize for Best Lockdown Programme. The topical comedy format, hosted by Romesh Ranganathan, embraced video calling to unite its public panel and guests.

The awards organisers say: "As one of the earliest lockdown productions, the second series of The Ranganation was forced to change its format as the scale of the coronavirus crisis became clear.

"For its second outing, the production had to transition from an Elstree studio to the garage at host Romesh Ranganathan's home in Crawley, using technologies previously unexplored in entertainment TV, without losing the established look and tone. Ultimately, the production team 'made a great show even better', according to one judge.

"Led by director of operations Debra Blenkinsop and production executive Helena Parkhill, the team cracked the problem of how to maintain 23 contributors talking live in a garage with only the host in situ. Embracing Zoom and Skype TX, they 'utilised technology in the best way possible', said one impressed judge.

"This involved a system whereby the Zoom and Skype callers could react without cutting each other off, transforming the show's comic potential through the use of natural laughter.

"Described by one judge as 'upbeat, hilarious and great entertainment', The Ranganation pulled off a complicated technical brief without losing the show's chatty magic."