Toby Jones's comedy Don't Forget The Driver has been cancelled.

BBC Two had ordered a second series of the comedy drama, which starred Jones as a Bognor Regis coach driver who discovers an asylum seeker after taking a trip across the English channel.

But now the programme, which Jones co-wrote with playwright Tim Crouch, has become the latest BBC comedy to be axed because of coronavirus, following Defending The Guilty earlier this year.

Even so, Jones appears open to the possibility of reviving the dark comedy, perhaps on another channel.

"We're so, so proud of it. But there's a certain sadness about that project, because we had the second series written, it was all there. And Covid ate it."

"Please," he told The Observer. "You launch the campaign, we've grieved enough."

On Tuesday, his namesake Rufus Jones told Radio Times that he was "in conversation" with other channels about reviving his own asylum seeker comedy, Home, after the Channel 4 sitcom was axed before its third series, a decision he suggested was at least partially attributable to the financial impact of the coronavirus pandemic.

Erin Kellyman appeared as his daughter Kay, alongside Marcia Warren as his ailing mother Joy, Claire Rushbrook as his confidant Fran, Danny Kirrane as his fellow driver and newcomer Luwam Teklizgi as the refugee he takes into his home.

"We'd like to thank Tim Crouch, Toby Jones, the incredible cast and crew and the entire team at Sister for bringing such a beautifully crafted, timely and poignant story to screen in Don't Forget The Driver" a BBC spokesperson told British Comedy Guide. "Sadly, this challenging year has claimed another casualty and the series will not be returning." 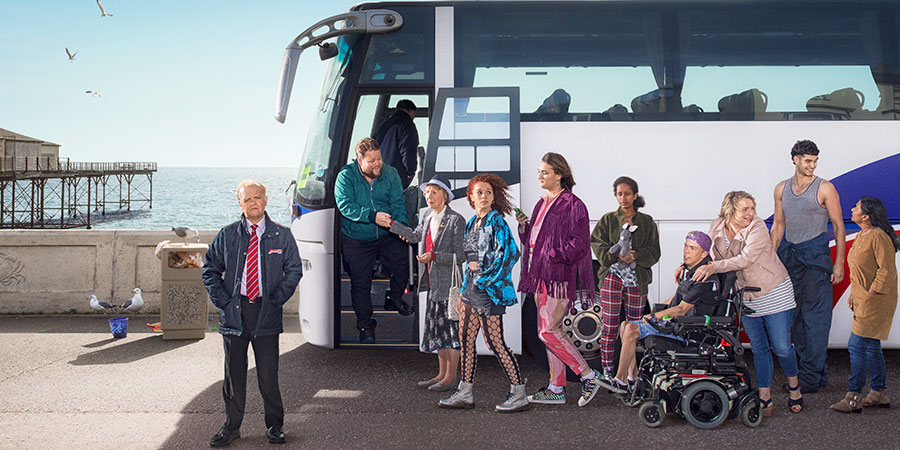 Critical reception was mixed. "If it is comedy, it is one with the bleakest tragedy at its heart", said the Guardian. "But whatever label you put on it, it is a fine, fine piece of work."

The Telegraph felt that "the bleak worldview and melancholic mood made it uncomfortable to watch at times, more akin to a low-key drama than a comedy. Don't Forget The Driver, sure - but don't forget the jokes either."

The Times reckoned "Peter is a presence, not a person, and almost everyone else is a 'character'". But the Daily Mail took the opposite view, saying it was "even better than expectations. Poignant, dark, topical and peppered with explosive laughs, the opener in this half-hour six-part series made us feel more connected to its characters than many shows manage in an entire run." 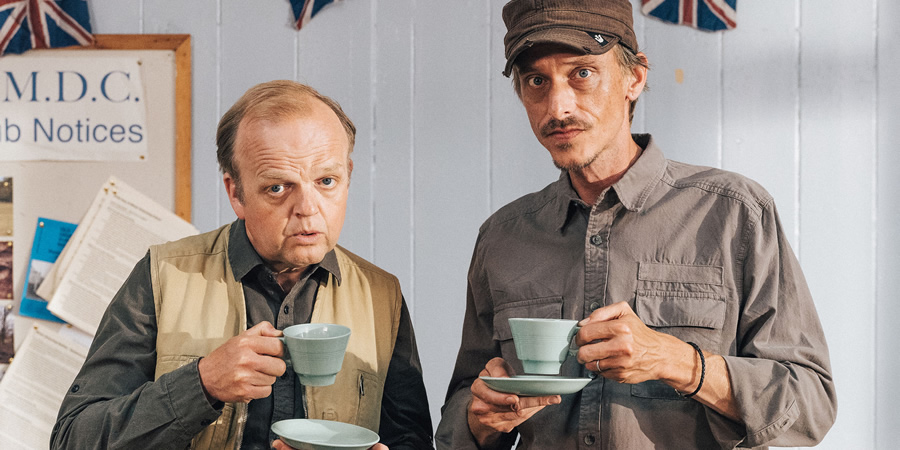 Currently appearing in the BBC One war crime drama Danny Boy, Jones might yet return in the corporation's cult sitcom Detectorists.

Although the metal detecting comedy finished in 2017 after three series on BBC Four, Jones's co-star and creator Mackenzie Crook told Zoe Ball on her Radio 2 show in December that he was considering bringing it back.

"It's true," he said. "I am kind of thinking of it but I don't have any idea at the moment.

"I'm just starting the process of thinking 'Yeah, we should get the old band back together - one last time!'"