Channel 4 has announced the lead cast for Screw, its new comedy drama set in a prison.

Filming on the six hour-long episodes is set to begin in Glasgow in early May.

The channel says: "This is prison as never seen before - the uncensored, shocking and often darkly funny reality of life as a prison officer in an all-male prison in 21st century Britain.

"At the head of our gang of embattled prison officer 'screws' is Leigh (Nina Sosanya), a woman who has devoted her entire adult life to this prison and its population. On a wing bursting at the seams, at the front line of a train-wreck of broken bureaucracy and short-term thinking, Leigh keeps her inmates in line and has their backs when they need it. But she is an enigma to her team, and has her own secrets that if discovered could cost her more than her job.

The series has been created by Killing Eve writer Rob Williams. Channel 4 explains: "Inspired by the creator's experience of working and volunteering in prisons, this series brings us a view of incarceration unlike any other. Through a vibrant and multi-layered cast of characters, Screw tackles contemporary stories head on - but always cut through with comedy, irreverence and heart."

Caroline Hollick from Channel 4 comments: 'Screw offers the audience an insight in to the challenges and struggles faced behind bars for both prisoners and officers; told with humour, humanity and hope. I'm so excited for our brilliant, distinctive cast, led by the superlative Nina Sosanya, and I hope Jamie-Lee O'Donnell's dramatic new role will her see fast becoming an iconic face of Channel 4."

Sarah Brown from STV Studios, the production company overseeing the filming, says: "We are incredibly excited about the extraordinary group of actors we've assembled for Screw. Rob Williams's compelling, hilarious and thought-provoking scripts couldn't be in better hands; we can't wait to see audiences falling in love with our brilliant prison officer 'family'." 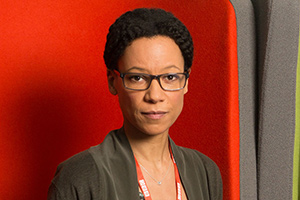