Katherine Parkinson has written and stars in a new BBC comedy drama.

Sitting is adapted from The IT Crowd actor's debut play, which began life at the 2018 Edinburgh Fringe before transferring to the Arcola Theatre in London the following year.

Taking a lead role in the production for the first time, Parkinson plays single mother and former punk Mary, one of three sitters for a painter.

Recorded in London in December as part of the BBC Lights Up initiative to screen stage plays on television, Sitting is expected to air soon and is directed by Jeremy Herrin, whose credits include last year's adaptation of Alan Bennett's Talking Heads for BBC One, featuring an all-star cast that included Lesley Manville, Martin Freeman, Tamsin Greig and Imelda Staunton.

Sitting's three cast members direct their monologues to John, a portraitist, who remains unseen and unheard. His paintings have actually been created by artist Roxana Halls, who recorded an episode of Radio 4's interview series Only Artists with Parkinson in 2018. 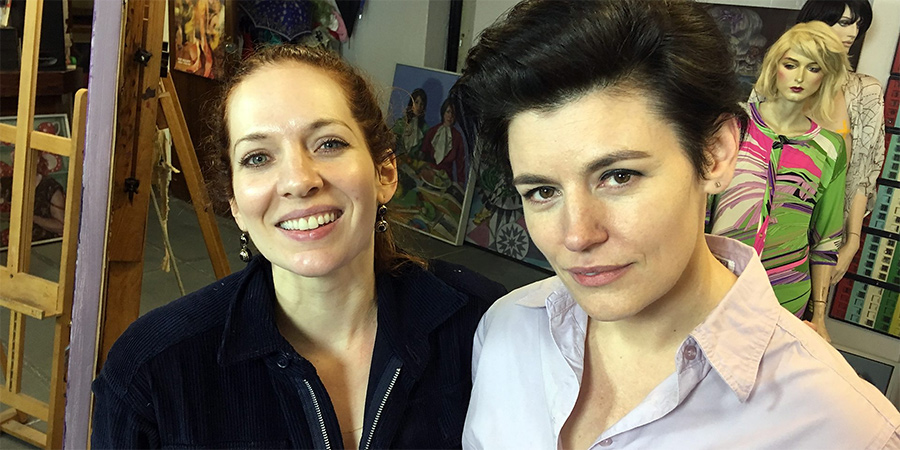 Sitting is made by Avalon Television, who also took the original production to the Gilded Balloon in Edinburgh as part of Debut, a co-venture with the BBC, in which four untried dramatists, including Parkinson and Frank Skinner, were given an opportunity to stage their first play.

Reviews for the play were mixed, with The Guardian detecting some "tonal uncertainty" but praising its "wistful emotional weight".

Parkinson, who recently starred in the sitcom pilot for Pandemonium on BBC One, written by Tom Basden, and was a contestant on last year's tenth series of Taskmaster, is set to reprise her role as hardened senior barrister Caroline Bratt in the second series of BBC Two's legal sitcom Defending The Guilty.

She has also filmed a role in Nan: The Movie, the cinematic adaptation of Catherine Tate's poisonous pensioner character, which is awaiting release, and stars alongside Alice Lowe, Johnny Vegas and Kris Marshall in the dark comedy Paul Dood's Deadly Lunch Break, which receives its international premiere next month as part of the SXSW film festival's online line-up.