Alan Carr is making a semi-autobiographical sitcom about his life growing up in Northampton in the 1980s.

The project has been revealed as a talent search is opened to find a young 10 to 13 year-old actor to take the lead role in the show.

The sitcom is being developed by Baby Cow Productions, the company co-founded by Steve Coogan which has previously worked on comedies such as Gavin & Stacey, The Mighty Boosh and Moone Boy and is currently preparing The Witchfinder for BBC Two.

Appearing in a video, Alan Carr confirmed: "I've been developing a sitcom based on my life, with Baby Cow, about me growing up in the 80s in Northampton. And, guess what? We need to cast a young Alan. So we're looking for a young boy, 10 to 13. Someone who has my energy, my charisma."

Although born in Weymouth, Carr spent most of his childhood in Northampton, where his dad, football player-turned-coach Graham Carr, managed football club Northampton Town.

Emphasising his new sitcom will have a realistic tone and not feature a caricature version of himself, Carr adds in the video: "This is about a young boy on the cusp of puberty starting his journey in this very masculine world of lower league football."

The casting website asks people to record a monologue to the camera. The script provided appears to be the opening voiceover for the show: 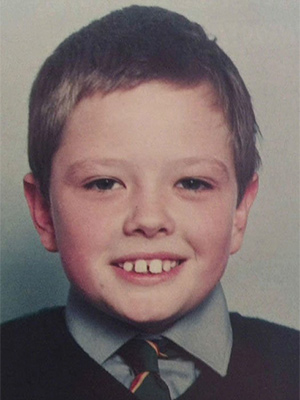 I swear there was a mix up at the hospital. I do! Somewhere in Northampton, there's a hairdresser looking out his patio windows wondering why his son is more interested in playing keep it uppy, than learning how to give a cut and colour. It's what you could call a genetic own goal, no pun intended, my Dad's the local football manager you see. I mean I'm hardly footballer material, have you seen me? Classic pear with a sweet tooth, most boys go up a collar size over the summer holidays but I go up a cup size an all.

What can I say? I'm a sucker for a flump, it's one of the few pleasures in my life. Well, that and bobbing down WH Smith to get my hands on a brand new Agatha Christie. Betty in Smiths says 'you like a mystery don't you?' I thought 'How you've maintained this job with such bad body odour is the biggest mystery but I bit my tongue and just said 'Give me a quarter of cola cubes my love, and then I'll get out of your hair'.

This will be Carr's first sitcom. He had previously been working on a sitcom idea in 2012 about a dog walker but he gave up on the idea when BBC Four commissioned Puppy Love.

The new programme has yet to be formally announced, so it is not clear what the title of the show will be, whether it's a pilot or a full series commission, and which channel is involved.