The Stranger Times, a new book written by former stand-up Caimh McDonnell, has been snapped up by a production company to be developed as a TV comedy drama series.

Published today by Bantam Press, the book is the first in a planned series of supernatural thrillers centred around a struggling Manchester-based weekly newspaper dedicated to investigating "the weird, the unexplained and the inexplicable".

The blurb explains: "Their editor is a drunken, foul-tempered and foul-mouthed husk of a man who thinks little (and believes less) of the publication he edits, while his staff are a ragtag group of wastrels and misfits, each with their own secrets to hide and axes to grind. And as for the assistant editor... well, that job is a revolving door - and it has just revolved to reveal Hannah Willis, who's got her own set of problems.

"It's when tragedy strikes in Hannah's first week on the job that The Stranger Times is forced to do some serious, proper, actual investigative journalism. What they discover leads them to a shocking realisation: that some of the stories they'd previously dismissed as nonsense are in fact terrifyingly, gruesomely real." 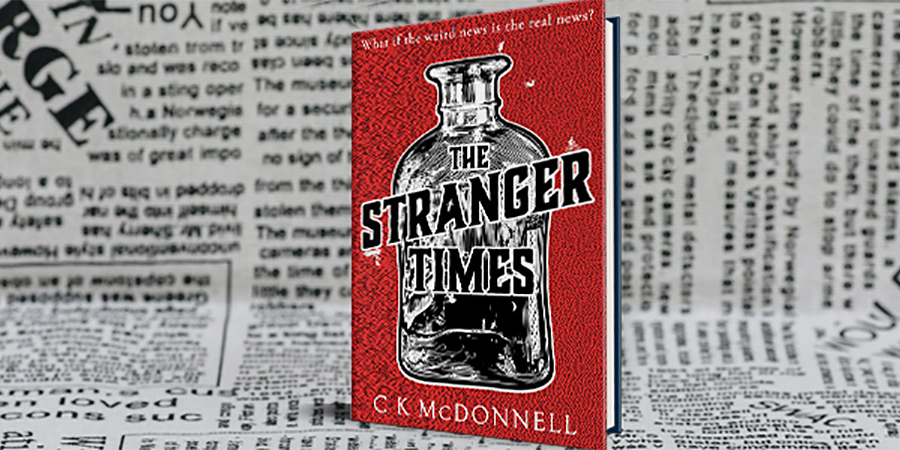 Following an auction, Playground - the production company that has made shows including Wolf Hall and All Creatures Great & Small - won the rights to develop a TV version.

Caimh McDonnell, who has written the book under the new pen name of C. K. McDonnell, was a stand-up who supported the likes of Sarah Millican on tour before "hanging up his clowning shoes" to concentrate on writing. His debut novel, A Man With One Of Those Faces - a comic crime story - was published in 2016 and spawned the hugely popular Dublin Trilogy books, which saw him nominated in the Kindle Storyteller Awards.

Speaking exclusively British Comedy Guide, McDonnell says: "It's really great. I'm very lucky in that Playground optioned it before the book was published and they're a really good company with a fantastic track record. My other books have also been optioned now, so basically everything I've ever written is currently under option and it's a great position to be in.

"Really, the way TV works, as an author all you can do is look for the company with the best people and let them get on with it. I made the decision early on that despite my TV writing past, I didn't want to be involved in writing pilot scripts etc, so really I focus on writing the books and I sort of ignore everything else until I'm asked to get involved, as there's no point worrying about things you can't control." 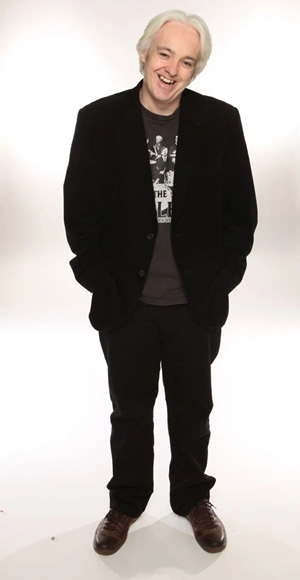 Talking about the bidding war, he explains: "It is certainly encouraging but honestly, the entire process was a bit bizarre. The book had hardly gone out to publishers when we were getting TV interest. As someone who had maybe ten TV projects optioned over the years for not much money and that didn't seem to go anywhere, I was mystified as to how all of this interest had been generated. I actually had a meeting where it was me, my literary agent and the agent who handles all of the TV side of things for their agency. I asked her the question, about how on earth there was so much interest and her response was, 'It's out there!' I then looked at my agent Ed who nodded and repeated, 'It's out there!'

"Ultimately as a writer, you just need to focus on producing the best book you can and hope people will enjoy it. I honestly only ever write to entertain myself as I think, if I'm enjoying it then the chances that hopefully other people will too. If you're worried about what other people will think then you're not focused on staying true to the story and the characters."

British Comedy Guide also asked McDonnell how easy he thought it would be to adapt the book for the screen. He says: "I'd imagine it would be pretty straightforward. The great thing about The Stranger Times is that the newspaper is really a gateway into a massive world of possibilities. As well as the book, I've written loads of short stories in the world, which was really my way of exploring it.

"2020 being 2020 I ended up writing way more of them than I intended and we made them into The Stranger Times podcasts, where friends of mine from the comedy circuit are narrating a new story in each episode. That has been an unexpected delight, both in terms of giving me an outlet to do something fun and hearing comics narrating the stories, which has been incredible. While a lot of them have acting experience, I think comics are a lot more willing to really go for it when it comes to narrating a story than most actors and I really love the results.

"In terms of filming, I wouldn't think there would be any problem. The stories are character-driven so there isn't a big need for special effects. Misfits is one of my favourite ever TV shows and, while the first series was filmed over a decade ago, it stands up really well because it doesn't rely on special effects. I'd envision The Stranger Times being similar in that regard."

He is now working on further books in The Stranger Times series. "By the time I'd finished the first book, I had a reasonably good idea of what the second was about, which is now nearly done," he explains. "Going forward, I have lots of ideas, but the big joy of The Stranger Times is that there are so many different ways the series could go. It's so wide open I'd hope to write a load more books and, as with anything, I'll keep doing it as long as I'm excited to tell the next story."

The Stranger Times novel is available from today. The TV series is in the early stages of development and further information will be announced in due course.

There are dark forces at work in our world (and in Manchester in particular), so thank God The Stranger Times is on hand to report them . . .

A weekly newspaper dedicated to the weird and the wonderful (but mostly the weird), it is the go-to publication for the unexplained and inexplicable.

At least that's their pitch. The reality is rather less auspicious. Their editor is a drunken, foul-tempered and foul-mouthed husk of a man who thinks little of the publication he edits. His staff are a ragtag group of misfits. And as for the assistant editor . . . well, that job is a revolving door - and it has just revolved to reveal Hannah Willis, who's got problems of her own.

When tragedy strikes in her first week on the job The Stranger Times is forced to do some serious investigating. What they discover leads to a shocking realisation: some of the stories they'd previously dismissed as nonsense are in fact terrifyingly real. Soon they come face-to-face with darker forces than they could ever have imagined.

The first novel from C.K. McDonnell, the pen name of Caimh McDonnell. It combines his distinctive dark wit with his love of the weird and wonderful to deliver a joyous celebration of how truth really can be stranger than fiction. 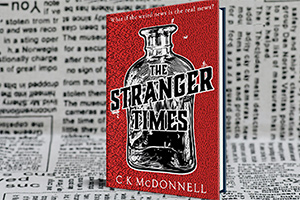