The Channel 4 series, which was broadcast in March, was selected by judges ahead of the other shortlisted shows: Defending The Guilty, GameFace, Mum, Sex Education and Stath Lets Flats.

The jury said of Feel Good: "The writing is very strong, it's funny but also respected and respectful."

The semi-autobiographical comedy was described as a "deeply personal, darkly funny and poignant story about the unique pressures of navigating the modern-day fluid landscape of gender and sexuality".

Following recovering addict and comedian Mae, the six episodes saw her attempt to accept and control the addictive behaviours and intense romanticism that permeate every facet of her life.

When she meets pragmatic - but so far heterosexual - girl George (played by Charlotte Ritchie), she's smitten, and George feels the same. They embark on an intoxicating romance as Mae juggles relationships with her parents, fellow addicts in recovery and her colleagues at a local stand-up club, and tries to transform her relationship with George from an addictive one to a healthy one.

Written by Martin and Joe Hampson, the series was produced by Objective Fiction with Kelly McGolpin as producer and Ally Pankiw directing.

Ritchie presented Hampson and Martin with the prize via Zoom:

Feel Good is currently also nominated for an international Rose d'Or Award. The results will be announced on 9th December.

A Series 2 of Feel Good has yet to be officially confirmed by Channel 4, but as British Comedy Guide reported in April, Martin and Hampson have already started writing more episodes.

A spokesperson confirmed to British Comedy Guide that Channel 4 and Netflix "have commissioned script development for Series 2 of Feel Good". 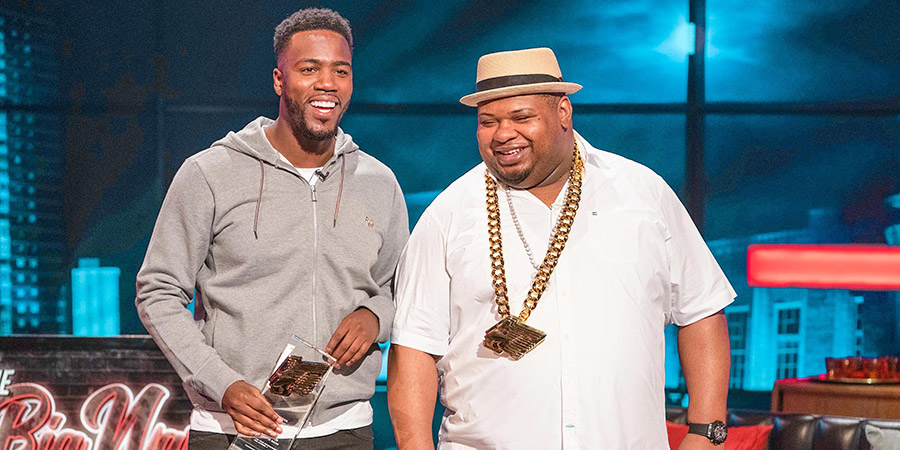 Elsewhere in the awards, Big Narstie and Mo Gilligan jointly won in the Best TV Presenter category for their hosting of The Big Narstie Show. The judges said the duo were "anarchic, chaotic, unexpected and honest".

The duo accepted the awards via video:

Adam Hills, Ant & Dec, Graham Norton, Kathy Burke and Martin Lewis were the other nominees in this category.

The awards normally take place during August's Edinburgh TV Festival, but this year were delayed due to the cancellation of all of the city's festivals amidst the covid-19 outbreak.

The results were revealed via a virtual presentation. The other winners included The Rap Game, Hospital: Fighting Covid-19, Chernobyl and Jesse Armstrong's US comedy drama Succession. David Harewood received the outstanding achievement award, meanwhile BBC Two was named channel of the year, with Romesh Ranganathan surprising channel controller Patrick Holland with the news via Zoom.

A full list of results can be seen at thetvfestival.com